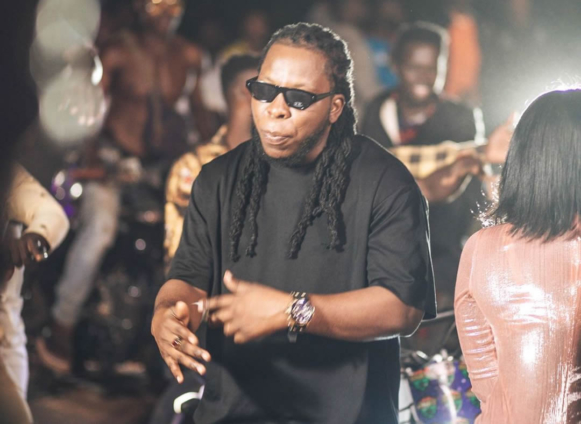 The champion of Volta music Edem has revealed that if Ghanaian musicians want to make it to the international market, they don’t always have to incorporate the English language in their songs.

The ‘Ghetto Arise’ hitmaker disclosed in an interview with Andy Dosty on Daybreak Hitz on Hitz FM that Ghanaian musicians need to align themselves with the right companies and have proper funding to get their music to the international market.

“If they want to make it on the international scene, they should have good funding and be also aligned to the strategic labels, and then you can use anything to go global,” he said.

According to him, Ghanaians do not necessarily have to sing or rap in English to cross borders, citing examples like Burna Boy and Wizkid who have songs in their local dialect but are still played globally and getting international recognition.

“Burna Boy has songs that are in his language and they are still big because he is with Warner Music and warner music comes with a big budget, Ojuelegba is a big record from Wizkid with a combination of his language and English and he is on RCA,” he said.

Edem, who is on a radio tour promoting his new song, ‘Ma Cherie’, which features Santrinos Raphael also said he and his team are setting up a creative hub, which is going to involve DJs, influencers and a video production company to help the new talents coming up and gain funding.

He also added that whenever he goes outside the country he is seen as an afrobeat artiste because he is from Africa.

“I always say African music, and even if I don’t say Afrobeat, they call me an Afrobeat artiste. Sometimes, you don’t fight the powers,” he told Andy Dosty.

DISCLAIMER: The Views, Comments, Opinions, Contributions and Statements made by Readers and Contributors on this platform do not necessarily represent the views or policy of Multimedia Group Limited.
Tags:
Daybreak Hitz
Edem
Ma Cherie