Your agenda won’t change the genuine love I have for Black Sherif – Medikal fumes - MyJoyOnline.com 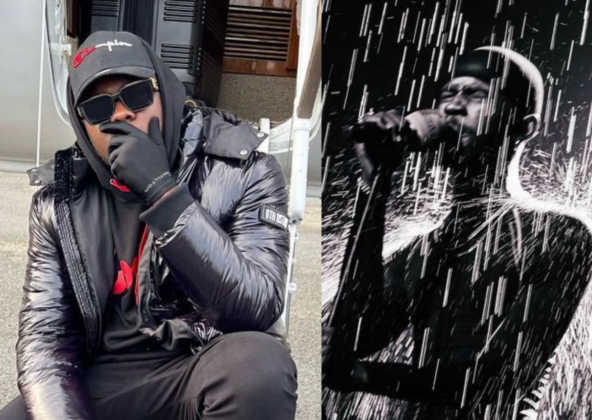 Rapper, Medikal, says the desire by some social media users to start a beef between himself and Black Sherif will not yield any results.

In a post on Twitter, Medikal noted that not only does he have genuine love for the ‘Kwaku the Traveller’ hitmaker, but the rapper has been supportive on numerous occasions.

“Your agenda no go change the genuine love I have for Blacko! Nigga showed me love countless times and his humbleness is impeccable,” he wrote.

One Twitter user in the name of showing receipts tweeted that he has evidence of Medikal and DKB discussing Blacko’s recent management issues that popped up in the public domain.

He was later challenged by the rapper to make the video public if he truly had anything to support his claims.

But Medikal, after watching the video laughed asking if this was what the Twitter user claimed was evidence he trashed Black Sherif.

In subsequent posts, he urged on Black Sherif to continue his great works.

“The world is yet to feel more of your antidote. Keep travelling [to the top],” Medikal wrote.

Your agenda no go change the genuine love I have for Blacko ! Nigga showed me love countless times and his humbleness is impeccable. Shine on champ! The world is yet to feel more of your antidote.Keep travelling 🔝🔝