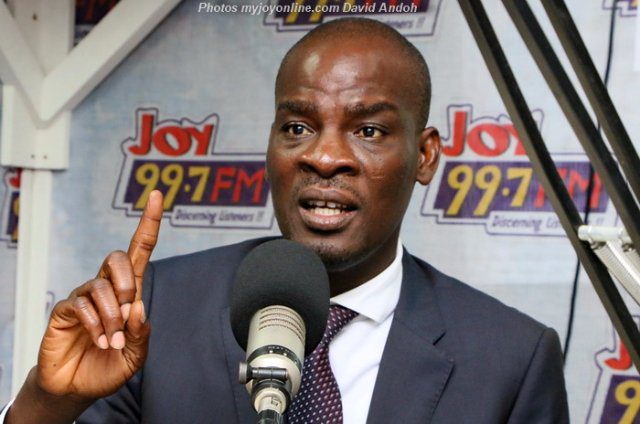 Minority Leader, Haruna Iddrisu has accused the First Deputy Speaker, Joseph Osei-Owusu of acting in contravention of article 296 of the 1992 Constitution.

The accusation is in relation to Joseph Osei-Owusu’s refusal to admit a motion by the Minority in Parliament to reverse the approval of the 2022 Budget.

In a letter dated December 13 and addressed to the First Deputy Speaker, Haruna Iddrisu said the Bekwai MP’s reliance on Standing Order 13(2) to quash the motion by the Minority is ‘misconceived and smacks of an abuse of discretionary power’.

According to the letter sighted by myjoyonline.com, the Minority Caucus in Parliament announced its intention “to pursue the matter further with the Right Honourable Speaker upon his return”.

The letter added that the decision by the First Deputy Speaker is an affront to standing orders of the House.

“Kindly take note that the NDC Minority Caucus, which I lead and my good self, vehemently disagree with your position on the motion and your conduct in this matter. We take a strong view that your conduct affronts Orders 79, 81, 82 and 90 of our Standing Orders and can no longer be tolerated,” the letter noted.

On December 1, 2021, the First Deputy Speaker, acting as a sit-in Speaker, ruled for the approval of the 2022 Budget with just the Majority members in the Chamber.

The Minority in Parliament took a strong exception to the decision by the First Deputy Speaker, describing it as unconstitutional.

In response, Joseph Osei-Owusu through the Clerk of Parliament refused to admit the motion by the Minority Leader.

“The Hon. First Deputy Speaker, pursuant to Order 13(2) of the Standing Orders of Parliament, has directed that I inform you that your motion is not admitted,” a letter signed by Cyril K.O. Nsiah, Clerk to Parliament, said.

DISCLAIMER: The Views, Comments, Opinions, Contributions and Statements made by Readers and Contributors on this platform do not necessarily represent the views or policy of Multimedia Group Limited.
Tags:
2022 budget
Joseph Osei Owusu
Minority Leader