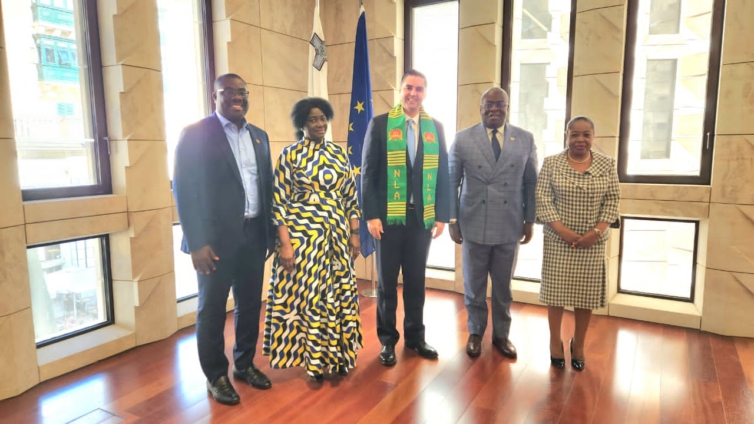 The Malta Gaming Authority has hailed Ghana’s National Lottery Authority (NLA) for the successes it has chalked 60 years after it mentored and supported the country to establish it.

The Chief Executive Officer (CEO) of the of the Maltese National Lottery, Johann Schembriwhile despite hailing Samuel Awuku and his team also proposed ways NLA can deal with the activities of illegal lottery operators which was a topical issue at the World Lottery Association Conference recently, and expressed concern over the high commission rates paid by NLA,  warning that this development could affect the authority within the next few years if not checked.

Chief Officer of Policy and International Affairs in Malta, Kinga Ward lauded the recognition by the Ghanaian team they mentored over 6 decades ago and gave them an insight into their game.

A simple business trip to an island in Southern Europe over six decades ago , paved the way for the birth of a national treasure in Ghana.

A Finance Minister’s fascination with the lottery when he chances on it while on an official visit, culminates in the birth of the Department of National Lotteries (DNL),when he informs the President of the Republic, Osagyefo Dr. Kwame Nkrumah of his exciting discovery.

After discussions with the Maltese Government, another visit by Ghanaian envoys to understudy the lottery, the secondment of Maltese officials to help Ghana set up its own lottery body, and the passing of a Lotteries bill in parliament in 1962, DNL is officially instituted.

A team comprisingsome Board Members and Management including Philip Anning; Madam Frances Joana Adda; the Director-General, Mr. Samuel Awuku; the Chief Internal Auditor, Emmanuella Ephraim; the Head of Corporate Affairs, Judith Kormle and the Interim Chairman of the Association of Lotto Marketing Companies, Francis Opoku officially paid a visit to some selected government offices and the Malta Gaming Authority to invite them to NLA’s 60th Anniversary Celebration.

The NLA Delegation, representing the Board Chairman, Torgbui Francis Nyono, together with Ghana’s High Commissioner to Malta, Barbara Benissa first called on Malta’s Foreign Affairs Minister, Dr. Ian Borg, who paid glowing tribute to the partnership between Ghana and Malta and called for closer collaboration between these countries.

He wished the NLA well and promised to reciprocate the official visit in January as part of his Official tour to Ghana. He was confident Ghana could still learn from the Maltese experience since Malta had advanced from what Francis Brennan taught Ghana some 60 years ago.

Next, the NLA team led by the Ghana High Commissioner to Malta, Barbara A. Benisa also had the privilege of paying a courtesy call on the Speaker of the House of Representatives of Malta, AnġluFarrugia.

He warmly welcomed the NLA Team and handed over a copy of the 1962 Registration Certificate of NLA to the Director General, Mr. Samuel Awuku.

He also advised the NLA team to change its lottery processes and strategies to achieve greater revenue and growth.

The Director General of NLA, Samuel Awuku thanked the Speaker of Parliament, for the hospitality and for taking the time to meet with the team even though the Maltese Parliament was in session deliberating on their budget for 2023.

The visit to Malta was facilitated by the Maltese High Commissioner to Ghana, H.E Jean Claude GaleaMallia

DISCLAIMER: The Views, Comments, Opinions, Contributions and Statements made by Readers and Contributors on this platform do not necessarily represent the views or policy of Multimedia Group Limited.
Tags:
Malta
NLA