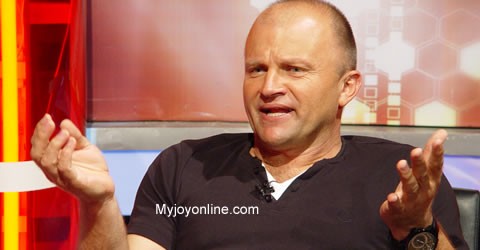 Head coach of Obuasi Ashgold, Zdravko Logarusic has asked the Black Stars coach to stay in Ghana to unearth talents for the national teams.

According to him, the current practice where the national team coach stays outside the shore of Ghana most of his coaching time does not augur well for a team fighting to win laurels.

The Croat who was on Asempa Fm’s afternoon sports show, Fire-for-Fire, says the inability of Ghanaian clubs to do well in Africa is due to lack of exposure of most of the local players, who represent the clubs at the continental level.

He said “the local boys should be given equal opportunities in the national teams especially the Black Stars. That is where I believe they will get the exposure to equip them to compete with their peers in Africa”.

He quizzed why the coaches complain that there are no talents in Ghana when they themselves do not stay in Ghana to scout for the talents. He noted that talents abound in Ghana and what is needed is for our expatriate coaches to spend time in Ghana to look for them.

According to him, Goran “Plavi” Stevanovic’s predecessor Milovan Rajevac did not spend much time in Ghana to monitor our players locally and feels Plavi is following suit. He therefore challenged Plavi to stay put in Ghana and scout for the talents.

Logarusic did not hide his ambitions of handling one of the prestigious coaching positions in Ghana at the appropriate time. When asked if he was interested in the Kotoko, Hearts or the Black Stars job, he said “which coach in the world would not want to coach one of the best eight countries in the world of football. He added as a professional coach in Ghana, he would not reject an offer of coaching Kotoko or Hearts? If they meet my buy-out clause with Ashgold, why not”.

On the ambitions of Ashgold for the upcoming season, he said they are preparing feverishly and fervently because their main target for next season is to win the league trophy.

Zdravko Logarusic’s stint in Ghana started with King Faisal where he did well and moved on to Ashgold where he guided them to a second place finish in 2010/2011 premiership season.