Zimbabwe's President Robert Mugabe has declared a state of disaster in rural parts of the country hit by a drought.

An estimated 2.4 million people are now in need of food aid, more than a quarter of the population.

The announcement comes days after the EU urged Mr Mugabe to declare a state of disaster so donors can raise money quickly to provide food aid. 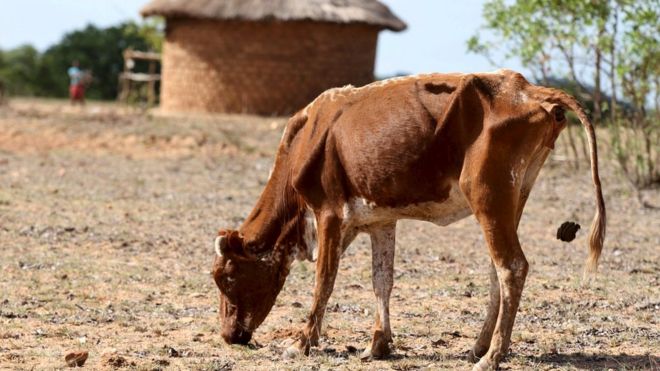 The government has urged Zimbabweans not to panic, as it is importing maize from neighbouring Zambia.

The United Nations World Food Programme has said some 14 million people face hunger in southern Africa because of a drought that has been exacerbated by the El Nino weather phenomenon.

South Africa, Namibia and Botswana have also been badly hit. 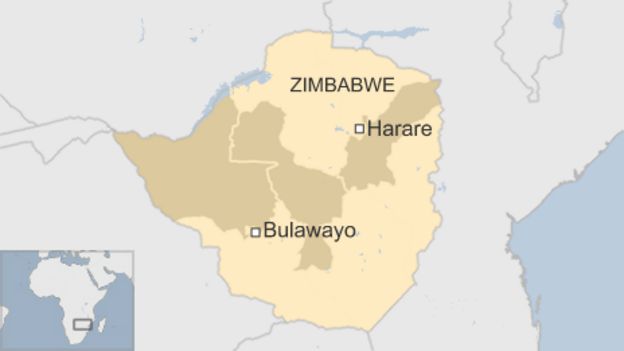 The country has been experiencing abnormally low rainfall since last year, leading to the deaths of thousands of cattle whose grazing areas have become parched.

"With rains failing almost completely this year, the situation is getting desperate," Jan Vossen, Zimbabwe director for the charity Oxfam, told the BBC.

"In certain parts of the country, we even see that people, farmers, are using the thatch of their roofs to feed their cattle," he said.

The agricultural sector has been the worst affected, with tobacco and cotton farmers also bracing themselves for disaster, the BBC's Nomsa Maseko reports from Johannesburg.