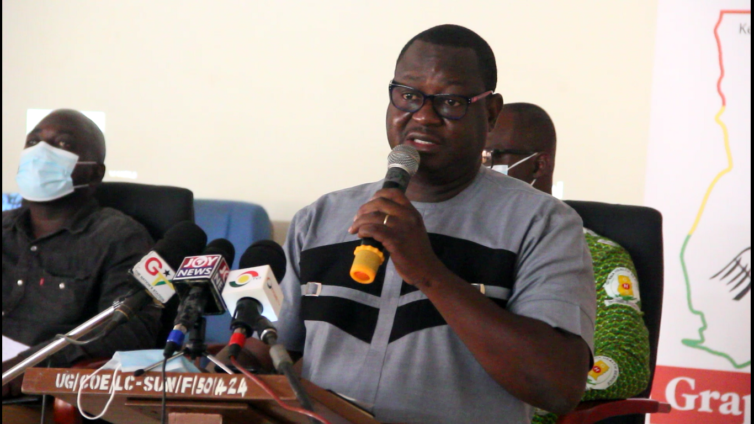 A sanitation awareness dialogue led by the Graphic Communications Group Limited has been held in the Bono Regional capital of Sunyani with a call on residents to be responsible for keeping the environment clean.

The dialogue focused on the way forward when it comes to making Ghana clean, by starting from individual homes.

Sponsored by Zoomlion Ghana Limited, the exercise attracted the presence of religious leaders, identified groups, heads of state institutions, politicians, sanitation and environmental experts, the general public, among others.

2021 has been earmarked by the communications group to drive awareness and education on improved sanitation nationwide, hence the Make Ghana Clean Campaign which has also been to the Ashanti, Volta, Eastern, Oti, and Ahafo Regions.

Improper disposal of waste resulting in choked gutters and floods have led to Sunyani losing grips as the cleanest city in Ghana. In view of this, the strict enforcement of sanitation bye-laws and the naming and shaming of people who flout the laws have been encouraged.

Speaking on behalf of the Editor of Graphic, Kobby Asmah, the News Editor, Samuel Doe Ablordeppey said they at the Graphic Communications Group Limited and their partners “are determined to sustain the sanitation awareness campaign and make the most out of it by helping to make Ghana the clean country we are all yearning for”.

Due to this, they are focusing on efforts that will ensure that the citizenry adhere to good sanitation habits and practices.

He proffers the punishment of non-conformists according to the law since keeping Ghana clean required the all-hands-on-deck approach.

“When it comes to sanitation, it is not one-sided; it’s everybody’s business, hence demanding accountability from leaders alone will not yield the desired results. We should demand accountability from all and sundry, including the individual who litters the streets”, he argued.

Mr. Ablordeppey explained that, as part of the ‘Keep Ghana Clean Campaign’, they would tour all the 16 regions to embark on clean-up exercises, sanitation dialogues, engage opinion leaders and citizens, and award the region that is cleanest.

He noted that to achieve their aim of a clean society, the team has had positive engagements with some local assemblies to deepen the public education drive on clean environment.

Adams Mohammed Mahama, a Senior Communications Officer for Zoomlion Ghana said the many interventions to have a clean society, so far, including using religious bodies, politicians, and celebrities in Ghana, have all yielded no significant impact.

Therefore, collaboration and commitment from all stakeholders have become necessary.

He explained that Zoomlion has increased its fleet of sanitation trucks to meet the growing demands, including constructing waste treatment and recycling plants in all 16 regions.

Again, the adoption of tailor-measured solutions for sanitation concerns, like the one million bin projects, where every household gets a bin is in full force.

“The bins are tagged with technology to enable it to be tracked and payment effected electronically via mobile money. Customers can also complain about the services on a technological platform”, he explained.

Aside from the educational drive, Zoomlion also has a Zoom Kids Club and Zoom Ambassadors where children are trained on sanitation at the basic and secondary schools level respectively.

Meanwhile, Zoomlion is building a solid waste treatment facility at Wawasua in the Sunyani Municipality. On completion, the plant will receive solid waste from Sunyani and its environs which will be processed into reusable materials such as compost for agricultural use.

The Chairman of the dialogue and Krontihene of the Sunyani Traditional Area, Oboaman Bofotia Boaponsem said the menace of plastic waste has long-term consequences on the soil and farming and therefore suggested that sachet water producers must be forced to have bins for consumers to avoid littering of the community.

He urged the Zoomlion Company undertaking the waste recycling plant at Wawasua in the Sunyani Municipality to incorporate employing local hands in their plans to also support the local economy.

DISCLAIMER: The Views, Comments, Opinions, Contributions and Statements made by Readers and Contributors on this platform do not necessarily represent the views or policy of Multimedia Group Limited.
Tags:
Graphic Communications Group Limited
Sanitation
Sunyani
Zoomlion