1.75% E-levy is on the high side, it should be reduced - Duffuor - MyJoyOnline.com 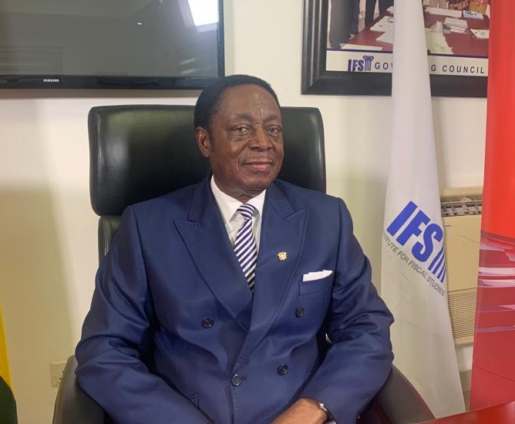 Discussing government’s new tax which is contained in the 2022 budget that has been strongly contested by the Minority in Parliament, he told Joy FM that the pegged rate for the E-levy is “immoderate”.

He told hosts of Super Morning Show, Kojo Yankson and Winston Amoah, that a reduced rate is prudent since it is the first time such a levy is being implemented.

“1.75% for the E-levy is a bit high. It should come down a bit. This is the first time we are doing it, so we should start gradually to see how people will receive it. In all taxation, the question should be ‘What I am taking, how will the payer respond to it and next year, will he be able to pay a bigger one for me?'”

He said mobile money transaction is one way the country can obtain data on everyone; thus, the government should not do anything that drives people away from it.

The former Governor of the Bank of Ghana (BoG) also admitted that it is difficult to tax the informal sector to widen the tax net.

To resolve this, he advised government “to find a way to bring them into the formal sector.”

Dr. Kwabena Duffuor has recently highlighted challenges with government’s decision to introduce the E-levy to substitute the payment of road tolls.

Addressing a lecture on the theme: “Ghanaian Dream: Transforming the Economy through the Creation of Jobs and Opportunities for All,” he indicated that the levy will lead to double taxation because one’s income is already taxed.

“It should be noted that taxes/levies are imposed on income, gifts, consumption and held properties or assets. Electronic transfers and payments are none of these.

“This makes the proposed E-levy problematic because it could be fraught with serious implementation challenges. Furthermore, this tax could undermine the Ghanaian Digital Economy,” he added.

In his interaction on Joy FM on Tuesday, Dr Duffuor mentioned that the Ghanaian economy has some challenges.

He partly blamed the public debt on the depreciation of the cedis.

“Your currency is your strength, and your strength is what you are able to produce. I have been in Ken’s seat, and I know what he is going through now – a big gap between revenue and expenditure.”

To overturn the current narrative, he urged Finance Minister Ken Ofori-Atta to pay attention to the country’s extractive sector as part of ways to generate revenue.

He also said the government should invest highly in the said sector as is being done in Botswana.