10 healthiest cities in Africa you should visit in 2022 - MyJoyOnline.com

10 healthiest cities in Africa you should visit in 2022 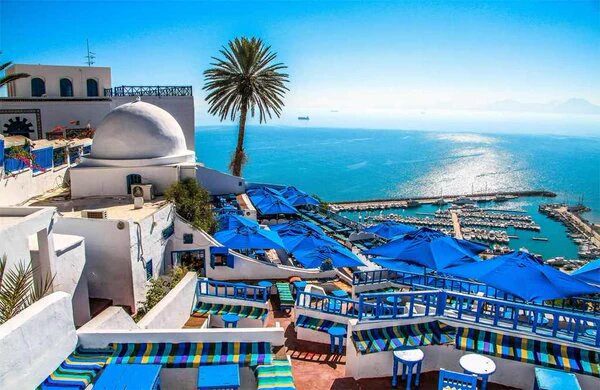 Africa, the second largest continent in the world, is home to many beautiful and serene cities you just might want to know about or someday visit. These cities are scattered across African countries and draw the attention of many tourists. The vastness of the landscapes makes Africa an exciting and healthy destination. Below are the ten healthiest cities in Africa you should visit in 2022.

Windhoek is a Namibian city located within the Central part of Namibia, somewhere upon the Khomas Plateau. The city is about 15,600ft above sea level.

While it may not be a very large city, Windhoek is considered Namibia’s social, political, and economic capital. Being the capital of impressive Namibia, the government makes certain that it is kept clean and healthy. The roads are kept clean, and the drainage is maintained properly. You will seldom find litters in Windhoek.

Malls and bars, and shopping Malls are scattered around Windhoek. Its people are sociable and friendly.

There is amazing healthcare in Windhoek. Of course, we would not expect less from a country with a commendable educational sector.

A visit to Namibia offers many beautiful landscapes and the chance to see a great variety of birds and other animals. You’ll get an opportunity to come face-to-face with Namibia’s wildlife reserves like lions, elephants, giraffes, hippopotamus, cheetahs, and rhinos in their natural habitat, which attract many tourists every year.

South Africa is often nicknamed the rainbow country because of its multicultural ethnicities. The country is indeed one beautiful place to be, thanks to its rich cultural and ancestral heritage. Some of the world’s most renowned leaders were South Africans.

But beyond its inhabitants, the country also has amazingly beautiful and healthy cities. One of the cleanest and healthiest cities in this beautiful country is Johannesburg. Nicknamed the city of gold.

Johannesburg sits on the Eastern Plateau of South Africa. This plateau reaches a height of up to 5,751 ft.

The city is kept clean at all times. Agencies in charge of maintaining the cleanliness of the city supervise workers who sweep the roads and dump refuse. The people of Johannesburg are also taught not to litter.

There is a man-made forest in Johannesburg.

On a visit to Johannesburg, you will find attractions such as the house where the great Nelson Mandela once lived.

You will also find the Hector Pieterson Memorial and Museum, a museum set up to honour the brave students who did protect against the Soweto Uprising.

Ghana is a beautiful country located in West Africa. Kumasi, nicknamed ‘Garden City’ because of its serene view, is one of its healthiest cities. In Kumasi, the beauty of horticulture is greatly appreciated. The city is located in the rainforest area, just around Bosomtwe.

Kumasi is home to the seat of the Asante King and houses the Golden Stool, which is considered a symbol of authority. Kumasi is kept clean. The Ghanaian government works hard to see to this.

Another very healthy South African City is called Durban. The city sits by the east coast of South Africa and overlooks the Indian Ocean.

Lying at the mouth of the Umgeni River, Durban boasts of beautiful beaches of the Golden Mile and an Indian Community.

It is a very healthy city. Its surroundings are kept clean, and its people lead a healthy lifestyle.

Tunisia is a famous North African country. One of the country’s cleanest cities is its capital, Tunis. This city sits between Algeria and Libya around the Mediterranean sea.

Tunis is a sensational tourist attraction, attracting a large number of tourists every year. This city is kept clean and healthy all year round. Its people live a healthy lifestyle and are taught the benefits of being healthy.

If you are seeking to visit the healthiest African countries, Tunis has got to be on your list.

Morocco is a beautiful African country known for its many attractions including the Blue City, which attracts a number of tourists all year round. Rabat, one of its healthiest cities, is a settlement located by the shores of the Bouregreg River and the Atlantic ocean.

The city is made up of three parts: the Medina (old town), the Oudayas, and Hassan. Rabat offers a number of healthy foods and is the location of Morroco’s Royal Palace and the Mausoleum of Mohammed V.

Kampala holds a rich heritage. This Ugandan city is believed to have been established on seven hills. It is located along the shores of Lake Victoria. It is the largest city in Uganda and is also the country’s capital.

Being the capital of the country, Uganda, Kampala is a very healthy city. Its streets are kept clean, and its people live a healthy lifestyle.

Bamako is one of Mali’s healthiest and most beautiful places. It is located near the Niger River. Around two million people live here.

The streets of Bamako are kept clean and healthy, and the view in many areas along the city is serene and healthy.

Eritrea is a country in the Horn of Africa. It is located along the Ethiopian plateau—7,628 feet above sea level.

The Eritrean city, Asmara, was once an Italian colony. It is a quite healthy city, having amazing buildings and infrastructure scattered within it.

One of the most astonishing tourist attractions here is the Italian colonial architecture. The serene palm-lined street, also called Independence Avenue, is one serene area to be around.

Kigali is a city located in the central area of Rwanda. It is the capital of the country, the largest city, and one of the cleanest and healthiest cities in Africa.

Kigali has many restaurants and offers a serene view of the night. As of 2012, it had a population of about 859,332 people.

Ochuko Eyube is a Digital Marketing Consultant and Communication Strategist transforming the way brands interact with audiences through content. He enjoys writing helpful content and inspiring people to become the best versions of themselves.