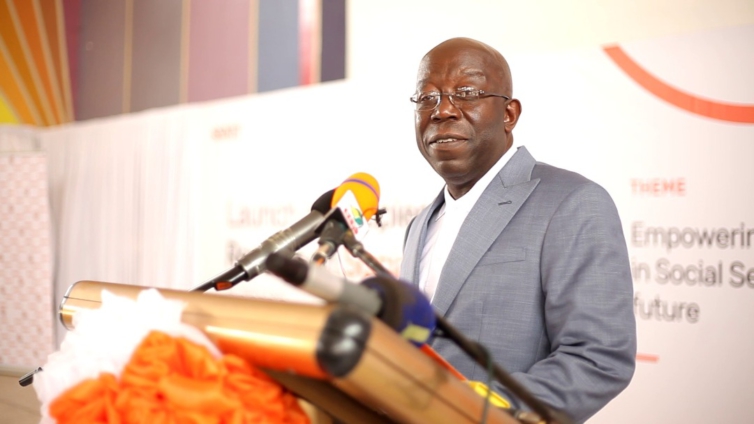 Management of the Social Security and National Insurance Trust (SSNIT) has met with stakeholders to find ways of expanding and deepening coverage of the Basic National Social Security Scheme to self-employed workers.

This comes as 10 million informal workers in the country are not under any social security coverage.

Speaking at the event, the Minister of Employment and Labour Relations, Ignatius Baffour Awuah lauded SSNIT management for the initiative to extend social security coverage to self-employed workers in the country.

“Indeed, if we want to make sure that we all have good standard of living even during our old age, then the best way is to ensure we are put on social security”, Mr. Baffour Awuah noted.

He explained that considering the unique benefits the SSNIT scheme provides to members, it is important for the self-employed to join the First-Tier.

“I am aware that there are so many pension products, but the difference between SSNIT and the other tiers is that, while the other tiers pays a one-time lump sum, the SSNIT Scheme pays you monthly pension until death and I think this is something everybody must embrace”, he said.

On his part, the Director-General of SSNIT, Dr. John Ofori-Tenkorang, said it has become necessary to extend coverage to informal sector workers not only to increase active membership and contributor base of the scheme, but also to ensure that every worker in Ghana enjoys social protection.

This, he added, will help reduce poverty and over-dependence on family relations and friends during old age.

Presently, a little over 14,000 self-employed workers contribute to the SSNIT Pension Scheme. This low coverage is attributed to the nature of the economy of the country, where most people are engaged in their own businesses and do not see the need to have a structured social security scheme.

Industry analysts assert that if drastic measures are not taken and implemented to have such workers put on a structured social security scheme, it will lead to an increase in poverty among the aged in the near future.

The International Labour Organisation (ILO), in its 2019 policy report identifies the situation where many social security schemes primarily focus on providing coverage for salaried employees as a major challenge.

“The gaps in social protection for self-employed workers raises concerns not only for the realisation of their human right to social security but also for social and economic development and the achievement of the Sustainable Development Goals, in particular, target 1.3 on social protection systems” the report stated.

DISCLAIMER: The Views, Comments, Opinions, Contributions and Statements made by Readers and Contributors on this platform do not necessarily represent the views or policy of Multimedia Group Limited.
Tags:
Dr. John Ofori-Tenkorang
Ignatius Baffour Awuah
Ministry of Employment and Labour Relations
SSNIT