10 things you never knew about erections 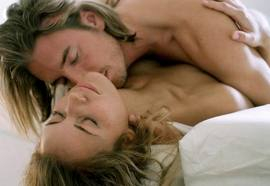 We've uncovered the secrets of sperm and the truth about testicles, but what about the star of the show—the mighty erection? Even if you've seen your fair share of penises, there are still a lot of things that may surprise you about what he's packing. Here are ten fascinating facts you need to know about:

Smoking and drinking are not boner friendly

Studies have shown that younger men who suffer from erectile dysfunction might have drinking or smoking to blame, so cutting back on the partying will actually help him keep the party alive in the bedroom.

Oral can make him even bigger

One study found that men who received oral sex before measuring their erections (no, seriously, this was a real study), reported significantly larger members than men who measured after fantasizing or giving themselves a hand.

Not only does sleep affect your sex drive, but it also interrupts the normal cycle of erections that happen during the night. Pulling all-nighters or being with a partner who snores will definitely take its toll on how high he can hoist it.

It depends on the guy, but the privacy of his sex location can affect his erection. If he lives with a bunch of roommates or with his parents or has a couple of kids in the house while you're trying to get it on, he might have a harder time getting it up.

Don't freak out if his member takes a slight right turn when he gets excited. A little curvature below the belt is totally normal. But if the curve is extreme or causes discomfort, it could be Peyronie's disease, characterized by scar tissue inside the penis. If this is the case for your partner, he’ll want to see a urologist to diagnose it.

When a guy hasn't masturbated for a few days, there will be more blood flow to his penis when he's stimulated again, which means an even bigger erection, according to sex therapist Ian Kerner, Ph.D., author of She Comes First. So tell him to lay off himself for a little while if he wants to seem even bigger with you (and why wouldn't he?).

And by that, we mean body size. Men who are obese have much lower testosterone levels, and will thus not function as highly. Keeping a healthy BMI is definitely in a boner's best interest.

But not for all men. A recent study in the Journal of Sexual Medicine found that some men really do have condom-associated erection problems, and these guys may need more time and extra stimulation to keep their flag sailing.

They can be a little uncontrollable

Be thankful for the female ability to have multiple orgasms, because guys aren't quite so lucky. In fact, 30 percent of men say they're dissatisfied with how long their erections last. Most guys chalked it up to being too aroused or having a lack of control over their boners. And they say our anatomy is confusing?