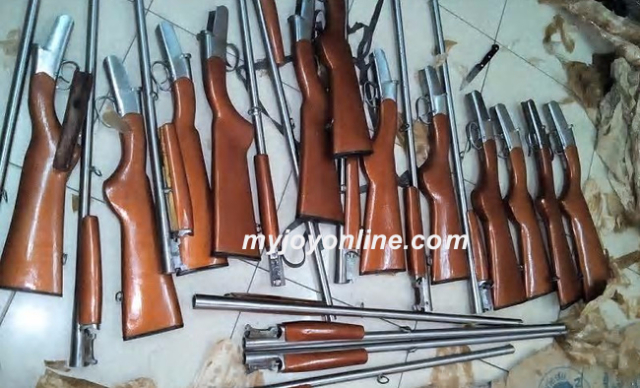 The guns were being smuggled from Togo into the country through unapproved routes.

A 41 -year-old man who was smuggling the guns has been arrested and handed over to the Police to assist in investigations.

Upon his arrest, the Beninois nationality revealed that he was sending the guns to some hunters in Côte d’Ivoire.

This is not the first time such weapons and ammunitions have been intercepted in recent times.

Last month Police in Kumasi intercepted what was described as the biggest arms haul in the region. Four people have since been arrested.

The recent wave of gun movement has been a source of worry for many security experts, especially with Ghana's elections barely 10 months away.