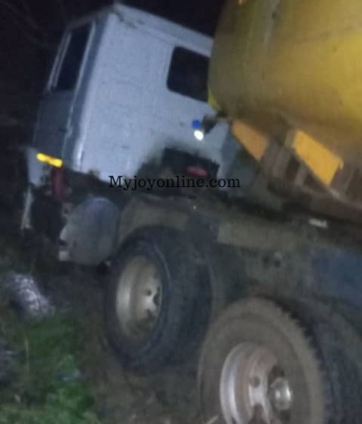 Two persons have died and six are in critical condition following two separate accidents at Pottsin junction on the Kasoa-Cape Coast highway.

Adom News’ Kofi Adjei explained that the first accident happened in the wee hours of Saturday when a KIA Bongo traveling from Madina to Cape Coast made a wrongful overtaking and in the process had a head-on collision with a KIA tanker, transporting oil from Assin Fosu to Tema port.

According to the Central Region correspondent, the second accident occurred just 200 metres away from the first, when a Toyota Corolla also did an illegal overtaking and collide with a Sprinter Benz minibus.

He also reported that out of the 16 persons who were involved in the accident, 10 of them have been treated and discharged whilst the remaining six are in critical condition.

Meanwhile, the two bodies have been deposited at the Winneba Municipal Hospital.