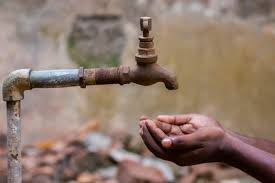 The Employment and Development Committee of Aboadze and Abuesi, twin fishing communities in the Shama District, have appealed to the MP and the DCE to remedy the perennial water problem facing them.

“The two communities have been battling with a water crisis for many months now. Our people have to trek to either Volta River Authority (VRA) township or Inchanban, an adjoining community to search for water,” the committee said.

Mr Godfred Owusu, a committee member, who was speaking with the GNA, expressed worry that though the problem was persistent, nothing had been done about it.

According to Emmanuel Avevor and Ezekiel Acquah, Assembly members for the two communities, efforts to solve the problem were unsuccessful.

They alleged that water pipelines of their communities, which pass through Nyankrom, were illegally tapped by Twyford Ceramic Company.

Therefore, Mr Joseph Ackon, a Committee member, called on the Assembly to sanction a full-scale investigation into the allegation and make the findings public.

He said if the investigations confirmed their suspicion, appropriate sanctions should be applied to serve as a deterrent to others.

J. K. Arthur, secretary to the Chief of Aboadze and Joseph Kweku Brown, a representative of the Chief fisherman, said the situation was a worry to the chiefs.

Mr Joseph Amoah, the District Chief Executive, said the committee members concerns would be taken seriously in solving the problem.

DISCLAIMER: The Views, Comments, Opinions, Contributions and Statements made by Readers and Contributors on this platform do not necessarily represent the views or policy of Multimedia Group Limited.
Tags:
Shama
Water crisis