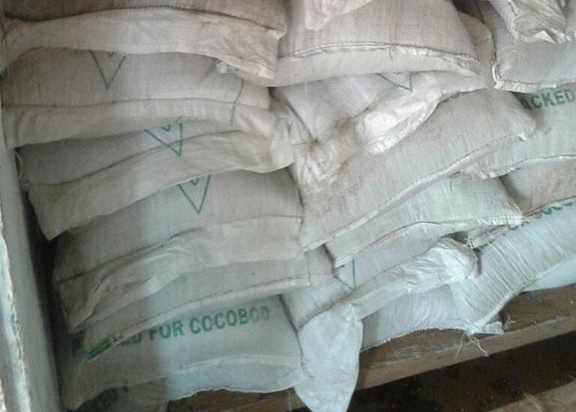 The Sissala-bound trucks with registration numbers GB 8461-12 and GB 2409-12, each loaded with 1,000 bags each of the fertiliser, were headed for neighbouring Burkina Faso when they were impounded, JoyNews correspondent Rafiq Salaam reported.

Each bag of fertiliser weighs 50 kilogrammes, twice more than the kilos required for farmers in the northern belt of the country.

This raised suspicion from the National Security leading to the impoundment of the trucks, the reporter said.

Smuggling of subsisted fertiliser into neighbouring countries is a major challenge government confronting government in the implementation of its Planting for Food and Jobs flagship programme.

The National Fertiliser Subsidy Programme is one of government major agricultural interventions which the Ministry of Food and Agriculture (MoFA) has been spearheading since 2008.

However, its implementation is now fraught with challenges. Key among them is the increasing smuggling of the commodity to neighbouring countries for sale at higher prices.

In 2018 for example, several dozens of truckloads of fertiliser bound for farmers in the Upper West region were diverted to some neighbouring countries.

The Upper West Regional Minister, Dr Hafiz Bin Salih who led the team to impound the two vehicles refused to speak on the issue.

He, however, opened up on the issue during a meeting with chiefs from the Lawra traditional area.

Meanwhile, the Director in Charge of Crops at MoFA, Seth Akoto, has told Joy News that the Ministry at the beginning of the year took some decisions to minimise the occurrence of such developments.

The key actions he outlined, is to ensure that all subsidised fertilisers headed to the north should be in 25kg bags branded with Planting for Food and Jobs.

Copies of way bills of the fertilisers going to the north are supposed to be sent to the Minister’s office for monitoring purposes, he stated.

Finally, Mr Akoto said they have also set up designated centres manned by personnel from the Nationa Builders Corps, who take biometric records of farmers who are to benefit from the distribution of the fertilisers.