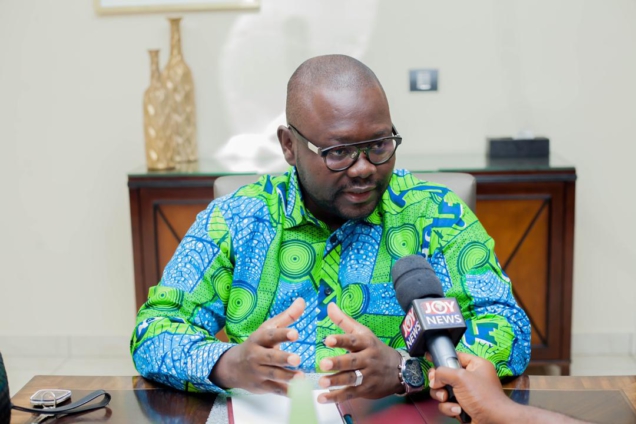 Francis Asenso-Boakye is the Works and Housing Minister

Parliament has expressed discontent in government’s commitment to improving the Works and Housing sector following what it describes as meagre budgetary allocation for the sector for the year 2021.

This was revealed during the consideration of a report by parliament’s committee on works and housing before the House went on recess.

In all, an amount of ¢175,046,585 was approved for the Ministry of Works and Housing, which has been described as insufficient and amounts to a paltry 4% of the total budget allocation for the infrastructure sector.

While the Ministries of Roads and Highways had an allocation of 47% and the Railway Development Ministry got 13%, the Transport and Sanitation and Water Resources Ministries were given 12% and 8% respectively.

This, according to the MPs is woefully inadequate for the execution of the ministry’s mandate especially as the President has declared Affordable Housing as a priority.

Chairman of the Committee, Isaac Asiamah, said the challenges faced by the ministry are enormous and would not be addressed by such a meager amount.

He said further, that major initiatives including tackling floods, coastal protection and advancing on government’s priority affordable housing projects, among others makes the job a herculean one. He, therefore made an appeal to the finance ministry to reconsider and add up to the budgetary allocation for the Ministry.

For his part, ranking member of the committee, Vincent Oppong Asamoah, reiterated the need for an increase in the budgetary allocation due to the ministry’s already existing debt of over one billion Ghana Cedis.

He explained that the ministry’s budget allocation for 2020 was over ¢226 million which made expectations for the year 2021 even higher.

Also, he added that various sod cutting activities within the ministry had taken place and needed significant funds, to execute.

Davis Opoku Ansah in his brief remarks added that, the sector minister has innovative ideas which needs to be supported by all stakeholders.

He, therefore, admonished the finance ministry to consider additional funding for the sector in the mid-year supplementary budget.

It would be recalled that President Akufo-Addo in his State of the Nation address to parliament earlier this year, noted that rolling out of mass affordable housing was government’s priority.

It was, therefore, expected, that enough resource allocation will be made available to the Sector to see to the success of the project.

DISCLAIMER: The Views, Comments, Opinions, Contributions and Statements made by Readers and Contributors on this platform do not necessarily represent the views or policy of Multimedia Group Limited.
Tags:
2021 Budget Statement
Francis Asenso-Boakye
Parliament of Ghana
Works and Housing committtee