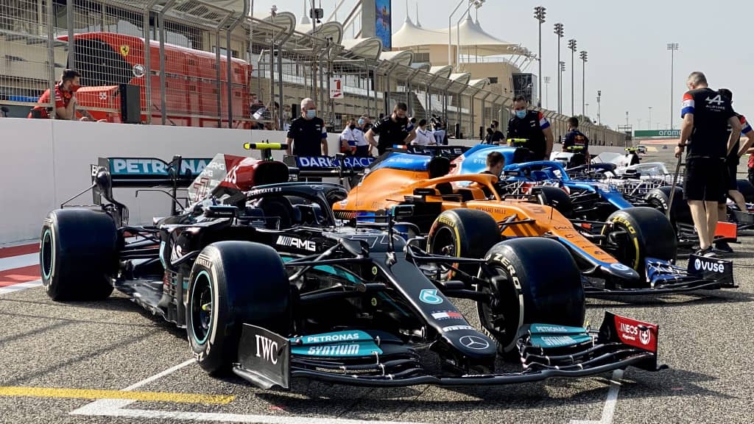 After a long winter break which seemed to take longer than expected, Formula 1 returns on Sunday and all the fun and hysteria expected will be lapped out on the grid.

Liveries are out, testing has been done but what does this season have in store for us?

The start of the year was ushered in by a new Hamilton and Mercedes short deal but what else is there to fight for? An 8th title for Hamilton probably? The duo have accomplished almost everything in the sport.

Nonetheless, here are five things to be excited about, as Formula 1 returns with the Bahrain circuit on the 28th of March.

After nine years, the Schumacher name finally makes a return to the grid. However, it is not the familiar Schumacher with 91 Formula 1 race wins to his name, but instead his son.

The debut of Mick Schumacher, exactly 30 years after his father’s seems to be one written in the stars. The German driver was signed by Haas team before the end of the 2020 season, in a multi-year deal and he made the switch from Formula 2 to the F1 grid after an impressive F2 season.

His run saw him win the F2 title in his second season, albeit in dramatic fashion. He failed to win the last race in Sakhir yet, ended up 14points ahead of Virtuosi Racing’s Callum Ilott.

The Haas rookie already made his Haas debut last year, during FP1 in Abu Dhabi. It will be a fest if Mick can secure a pole finish on the 28th.

The liveries for the year have been released, some already blazing, with drivers yearning to blaze the grid and others, well meh.

However, there is one which is neither extraordinary nor poor, and only plainly controversial. Haas team have ditched their traditional colours of grey, red and black and though this wouldn’t be the first time, unlike 2019 this is with more controversy. Let us give this a little background, shall we?

Haas signed Nikita Mazepin, the son of Russian business guru to line up as one of their drivers alongside Mick Schumacher for this season.

The signing of Mazepin came with sponsorship from his father, through his Russian company, Uralkali. The new colours on Haas’ livery, are that of the Russian flag, red, blue and white, with the name Uralkali boldly written on the car.

The signing of Schumacher and Mazepin is as a result of a change in business model of Haas, moving from investment in car development, to heavily-backed drivers.

Another controversial end of this deal has to do with Haas being an American race team. Considering the archaic political tension between America and Russia, this partnership should not have been a possibility, but what does a long history of political tension have to do with Formula 1?

The reason to keep an eye out on Haas is simple. Are the new business model and Uralkali sponsorship going to bring Haas team any good fortunes? We wait to see.

In what was Ferrari’s 1000th Formula Championship event in 2020, the Scuderia Ferrari failed to match up the plush run they had put in 2019 and the years prior.

The worst position of both Ferrari drivers in the five seasons preceding the 2020 season was 6th, but 2020 witnessed Ferrari have what was maybe their most shambolic F1 season ever.

For being the greatest F1 team till date, with 16 constructors’ titles and 15 driver titles, 2020 was a year to forget.

However, only time can tell if the new SF21, and new racer pair of Charles Leclerc together with Carlos Sainz, will restore Ferrari’s glory days.

The off season witnessed a shake-up of some teams on the grid. Whiles teams like Mercedes stuck to their winning duo, after succeeding in tying down Hamilton to a 1-year deal, others like Ferrari lost their stars, and some other teams like Haas, decided to go in for an all-rookie line up.

Meanwhile, 39 year old racer, Fernando Alonso has returned to the F1 grid after leaving in 2018. His return sees him link up with his former team, Renault with whom he won two world championships in 2005 and 2006.

The French car manufacturing company have however rebranded as Alpine. Apart from his two world championships, Alonso brings in lots of experience after racing for McLaren and Ferrari. It will be interesting to see if Alonso can add up to Red Bull and Verstappen’s challenge on the Hamilton and Mercedes dominance.

Ferrari have already lost Sebastien Vettel to Aston Martin, and that triggered Daniel Ricciardo’s move to McLaren. He will partner Lando Norris for the British racing team.

At Ferrari however, Charles Leclerc will assume leadership of a race pair which includes Vettel’s replacement, Carlos Sainz and Haas have opted for promise with, Mick Schumacher and Nikita Mazepin signed on as Haas’ 2021 drivers.

Then there is 2020 F2 rookie of the year, 20 year old Japanese rider, Yuki Tsunoda who will race for Alpha Tauri together with the more experienced, but also young Pierre Gasly.

The Italian circuit, Imola returns to F1 this season after being dropped in 2006 for the Belgian Grand Prix. The circuit which held its first Formula 1 race in 1980 has lots of history, with the 1982 Ferrari pair burst up between Villeneuve and Ferrari as one of its most remarkable memories.

However, its return cannot be saddled with the memory of the tragic deaths of Roland Ratzenberger and Ayrton Senna in 1994, but also amongst its biggest memories is the duel between Mick Schumacher and Fernando Alonso in 2005. Imola’s return after its two day event in 2020, was only made possible following coronavirus concerns with the Chinese GP.

For the first time in the history of F1, a grand prix will be held in Saudi Arabia with Jeddah set to host F1 on the 5th of December 2021. That grand prix will have an extra feel to it, with it planned to be hosted at night on the streets. 2021 will also see the grand prix visit Netherland, not the country’s first however but 5th September will witness Zandvoort host F1 for the first time.

Extra: Changes in the Rules and Regulations

The 2021 f1 season also marks changes in the rules and regulations guiding motorsport. The FIA announced measures that will reduce the amount of downforce a Formula 1 car will produce this season.

The FIA’s announcement came after the postponement of new technical regulations to 2022. F1 cars have had slots in the visible sections of their floors which increases the levels of a car’s downforce, to keep it sucked to the grid.

The change in regulations however, will see these slots in the floors of f1 cars scrapped. FIA regulations for 2021, indicate for the whole car floor to be solid.

The FIA have also introduced a cost cap set at $145million dollars. However, the FIA regulations have provided for teams to receive an extra $1.2million for every race. The cost cap has been introduced to reduce the gap between F1s ‘big three’ and midfield teams.

This is aimed at increasing the level of competition. The spending limit of F1 teams was initially planned for $175million but financial complications invoked by covid-19 have seen to its reduction. The limit will be further reduced in 2022 to $140million and $135million in 2023. This is the first time in the history of the sport financial regulations have been enshrined.

The 2021 Formula 1 season was set to kick start in Australia but fears around the coronavirus will see Bahrain host Formula 1 first in 2021 on Sunday.