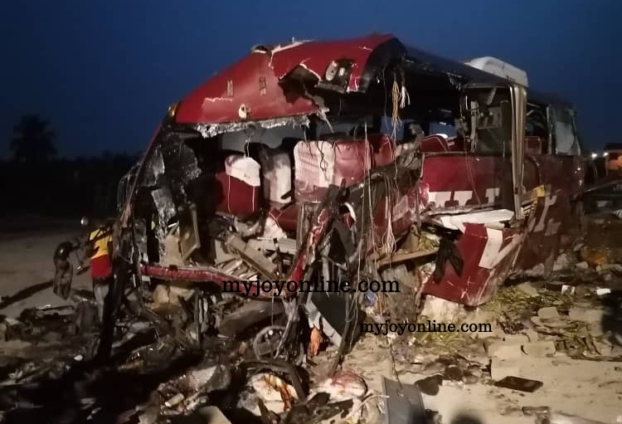 Ghana has reached a grim milestone in terms of road traffic accidents with 771 persons dying between January and March this year alone amid the ongoing pandemic.

This chilling revelation forms part of data collated by the Motor Traffic & Transport Department (MTTD) of the Ghana Police Service.

This essentially means more people have died due to road carnage in the period than the number of lives cumulatively claimed by the novel coronavirus since the country recorded its first two case back in March 2020.

However, latest figures from the Police paint a rather unfortunate picture as road accidents within the first quarter surpass Covid-19 casualties so far with another 4700 suffering various of injuries in the process.

The Ashanti Region leads the pack with 171 persons in road crushes while 1,064 others were injured. The Greater Accra Region followed closely with 146 deaths and 1,017 injuries. The Easter Region also saw some 127 deaths and 732 injuries in the same period.

The North East Region recorded only 3 deaths in the same period making it the area with the least number of lives lost to road accidents.

On April 12, JoyNews is set to premier a Hotline Documentary titled ‘Crushed’ highlighting the plight of victims.

The report by Seth Kwame Kwame Boateng will further explore its impact as far as road traffic accident and its cost to the country.