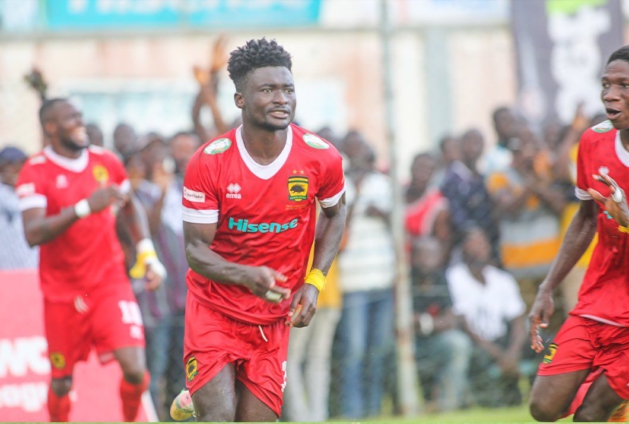 The 2022/23 betPawa Ghana Premier League penultimate round of games were played across the various match centres over the weekend ahead of the break for the 2022 World Cup.

Here’s a wrap of the action from the round six games.

Goals from Samuel Adom Antwi and Abednego Tetteh in either half gave the In Sha Allah lads their first points of the campaign at the Baba Yara Sports Stadium on Friday.

Emmanuel Marfo scored the consolation for the visitors towards the end of the game, as the Oda-based side endure a third straight loss.

Michel Otou’s effort from the spot three minutes to the end of the first half and Mohammed Suleman’s goal at the hour-mark means the Dade boys incurred a first defeat of the season.

Afriyie Mezack’s stoppage time leveller secured a point for the Bibires at the Aliu Mahama Sports Stadium in Tamale in the third Friday game.

Burkinabe Quattara Kalo opened the scoring for the visitors 17 minutes in before Raphael Essien pulled parity for the hosts at the half-hour mark. Isaac Mensah scored the second for City in the 55th minute.

Nicholas Mensah scored a great solo goal to win it for Seydou Zerbo’s Porcupine Warriors at the Akoon Park in Tarkwa in the only game played on Saturday.

The defeat means the Mauve and Yellows have lost four games on the bounce after winning their opening two games.

Asante Kotoko are now second on the league log with 13 points from six games.

Since losing to Kotoku Royals in the opening week, Accra Lions have won five straight league games conceding just once, Sunday’s victory at the Nana Fosu Gyeabour Park the latest.

Frederick Asante’s strike in 44 minutes means a rare home defeat for the Hunters in as many games.

The win sends Lions top of the league with 15 points, two ahead of second-placed Asante Kotoko.

Stephen Badu’s 14th-minute strike was enough to see the Fire boys lose for the first time this season and give up the top spot to Accra Lions.

It is now back-to-back wins for RTU who had not won a game this season prior.

DISCLAIMER: The Views, Comments, Opinions, Contributions and Statements made by Readers and Contributors on this platform do not necessarily represent the views or policy of Multimedia Group Limited.
Tags:
Accra Lions
Adamu Benin Abdul Karim
Asante Kotoko
betPawa Premier League