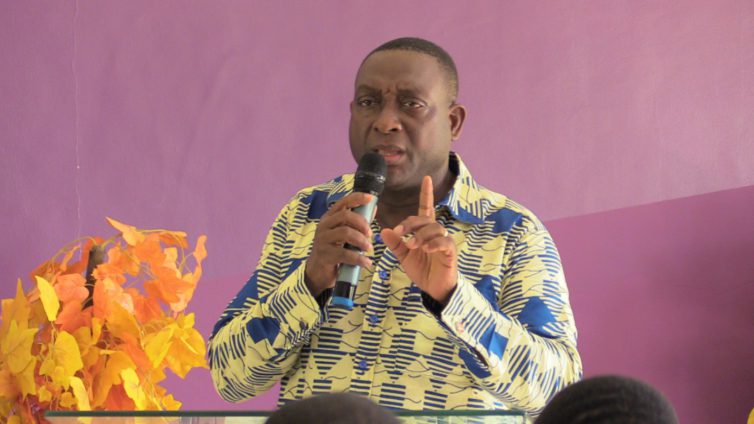 The Director of Communications for the New Patriotic Party (NPP) has stated that the 2022 budget will free the nation from the apron strings of borrowing which has bedeviled the nation’s socio economic and political history.

According to him, “the 2022 budget will in an unprecedented manner revolutionize public finance in the country”. He said the introduction of the E-levy of 1.75 percent on mobile money transactions will permanently freeze the habitual introduction of taxes on fuel since the PNDC era.

Mr. Yaw Buaben Asamoa further explained that the introduction of the E-levy will resolve the nation’s debt stock debacle that stands at 334 billion Ghana cedis

“This budget is a complete break away from the politics of borrowing because the E-levy will deal with the excessive government borrowing with cutting throat interest”.

Again, Mr. Buaben Asamoa said studies have proven that E-commerce in the country has grown from 35 Billion Ghana Cedis and is estimated to hit a whopping one trillion Ghana cedis equivalent to 164 billion dollars by December 2021.

He opined that this is a gold mine that the nation cannot ignore and questioned the prudence of going to the IMF which he says is the NDC’s position.

Mr. Yaw Buaben Asamoa used the platform to urge party communicators to be confident when touting the benefits embedded in 2022 budget statement.

He also charged them to use the knowledge and skills gained to turn the Western and Western North regions into strong holds of the New Patriotic Party.

DISCLAIMER: The Views, Comments, Opinions, Contributions and Statements made by Readers and Contributors on this platform do not necessarily represent the views or policy of Multimedia Group Limited.
Tags:
1.75% E-Levy
NPP
Yaw Buaben Asamoa