2022 World Cup: Some deserving Black Stars players were ignored because of ‘Pay to Play’ – Stonebwoy 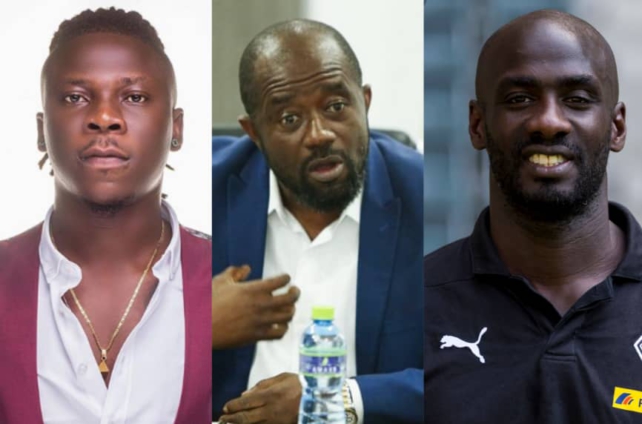 In a tweet by the singer, he said some deserving players did not make the final selection due to their inability to pay their way through.

In what he described as ‘Pay to Play’, the decorated musician questioned the Ghana Football Association about the monetary inducements, which he believes influenced the Black Stars’ final squad for Qatar.

“There are players who are supposed to be in the squad who are not here because of #PayToPlay @ghanafaofficial why?”, Stonebwoy queried.

There are players who are supposed to be in the squad who are not here because of #PayToPlay
@ghanafaofficial why? pic.twitter.com/LJPC5Kqopg

The comments by the musician add to the basket of criticisms which have so far greeted the national team’s final squad for the upcoming competition in Qatar this month.

Addressing a press conference on Monday, the coach of the Black Stars, Otto Addo, named his final 26-squad for the Mundial.

In the heavily anticipated announcement, the trainer mentioned the list of athletes whom he believes can help Ghana’s quest to excel in the global sports competition.

Anticipating the likely criticisms from the public, he stated that his selection was based on good judgement, and therefore called on all Ghanaians to rally behind the team as they face their opponents in Qatar.

But hours after this exercise, scores of aggrieved football fans took to social media to berate Otto Addo’s selection.

While some questioned the inclusion of certain players, others wondered why prominent names like Jeffrey Schlupp were excluded from the final list to FIFA.

Meanwhile, the Ghana Football Association has urged all Ghanaians to throw their weight behind the team, as they prepare for their first round of matches in the group stages of the competition.

Ghana is in Group H and will be locking horns with Portugal, Uruguay and South Korea.

The team has featured in the competition on three previous occasions in 2006, 2010 and 2014 respectively.

Making their fourth entry into the competition, the Black Stars are looking forward to giving a good account of themselves as they meet other world powerhouses in football.