2023 budget has no future for Ghanaian university students – USAG 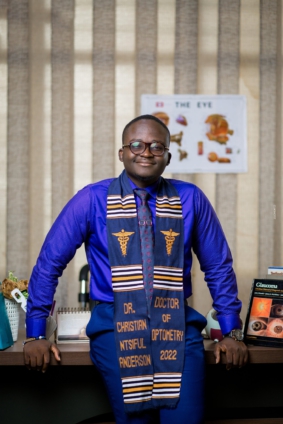 The University Students’ Association of Ghana (USAG) has expressed fear that the proposed 2023 budget will restrict access to tertiary education.

According to the Association, the budget did not address the already existing 90% annual unemployed graduate rates and increments in school fees in public and private universities.

For this reason, USAG notes that “the proposed 2023 budget does not present any hope for our plights as university students in Ghana.”

This was contained in a statement dated November 28, 2022 signed by the President of the Association, Dr. Christian Ntsiful Anderson and Press & Information Secretary, Angela Aku-Sika Tagbodza.

The Association highlighted some key problems which might contribute to a decline in enrolment in tertiary institutions due to the 2023 budget presented.

It said the already existing unemployment rate and the current freeze on employment will not motivate people to seek higher education but only add to the joblessness in the country.

The statement further noted that poor remuneration of National Service Scheme (NSS) personnel despite the rising cost of living will worsen the economic status of these personnel.

“Fresh graduates are compelled to serve the country through NSS under very harsh conditions. The allowances given to these graduates are not enough to even cater for something as basic as transportation hence worsening the living conditions of NSS personnel,” the statement read.

It added that limited government scholarships and global scholarship opportunities, relative to the population of students in Ghana will not motivate younger ones to apply.

“Reports of astronomical increments in school fees have started trickling in from our public universities and private universities. Percentage increments as high as 60% of the current fees have been proposed on our various campuses. This is suffocating for the average Ghanaian youth seeking higher education,” the statement added.

On the back of this, USAG made the following proposals to the government.

It wants the government to reach a compromise with the university labour unions to initiate steps towards enacting a labour policy that will permanently deal with the recurring impasses.

USAG also proposed that Government should consider increasing the NSS allowances of personnel to alleviate the economic hardships on the personnel.

“The Ministry of Education through parliament and the various stakeholders must swiftly advocate for a halt in the increment of school fees beyond the approved threshold for the next academic year. In doing this adequate support should be given to the various public universities for their operation.”

Meanwhile, the debate on the budget kicked off on Tuesday and is expected to be approved before Monday, December 5.

DISCLAIMER: The Views, Comments, Opinions, Contributions and Statements made by Readers and Contributors on this platform do not necessarily represent the views or policy of Multimedia Group Limited.
Tags:
2023 Budget
NSS allowance
University Students
USAG