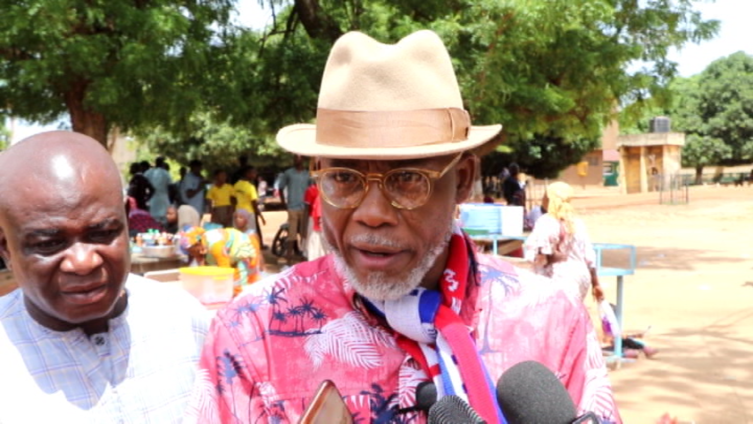 According to him, the 2024 presidential and parliamentary polls will be the ‘the toughest’ in the history of Ghana.

Speaking in an interview with Benjamin Akakpo on the AM Show on Monday, he explained that per his observations, the 2024 elections will not be a walk in the park for the NPP.

Basing his assertions on the ‘unhealthy’ state of the NPP, he stressed the need for the party to address all its internal issues in order to retain power in 2024.

Reiterating his earlier comments on the status of the party, he emphasised that “if I said unhealthy it means the structures of the party were weak, we didn’t have leadership, there was no direction and that’s exactly what I’ve said and it’s still the same story”.

He added that, “If we want to deliver this mantra [of] ‘breaking the eight’ in 2024, then I think that we should do a lot of soul searching and revert and do a lot of work so that we can get our party administratively correct and politically huge, so that we can mobilise and re-energise the base of the party for the onslaught. It’s not going to be an easy thing. In fact it will be the toughest election in my judgment in the history of Ghana. Of course that’s my judgment, people can debate that”.

The comments by Musah Superior come in the wake of a series of complaints by some aggrieved party supporters, following the party’s recently held constituency and regional elections.

In a streak of lamentations, the disgruntled party members alleged foul play in the party’s constituency and regional elections.

According to them, certain top guns in the NPP pulled strings to favour their preferred candidates, leading to a lack of transparency and credibility in the nationwide polls.

This they said could create factions in the party which can derail the NPP’s ambitions of winning the 2024 presidential and parliamentary elections.

Against this background, Musah Superior expressed his readiness to work with all stakeholders in the party to unite the party’s front going into the 2024 polls.

In a related development, Musah Superior, who is also the Deputy Chief Executive Officer of the Forestry Commission, said he is unhappy with the ‘breaking the eight mantra’, being trumpeted by the rank and file of the governing New Patriotic Party (NPP).

According to him, even though the mantra has gained momentum, there is the need for the party to look away from that particular slogan and place more focus on addressing the pertinent challenges confronting the party at the moment.

“We cannot go into this election with this current state of our party, no. We need to get the party well and that is why I am not very excited about this mantra, ‘we’re breaking the eight’. I think that we’re jumping the gun. We’ve got to get ourselves properly organized, do a lot of talking [and] have a proper conversation so that we can now talk about 2024”, he emphasised.

Speaking on the AM Show on Monday, he expressed his worry over the current state of affairs within the party. In his view, if the existing hurdles are not cleared, the fortunes of the party may be affected in the next election.

With hopes of becoming the party’s next General Secretary, Musah Superior stressed the need for the NPP to be placed on a united and healthy footing, in order to retain power in the next general election.

Touching on his reason for contesting the General Secretary portfolio, he explained that “the growth of the party has been quite progressive. And if you think you have the capability and the capacity to help the party grow and to help the party to become purposeful and meaningful, I think that you should make yourself available to serve the party so that’s the reason why I want to take a party job and I’m looking forward to working with the party closely and other officers of the party so that we can get the party back to order for the crucial battle ahead of us in 2024”.

In this regard, Musah Superior will be seeking to unseat the party’s current chief scribe, Mr John Boadu; who has also expressed his willingness to contest the Secretarial portfolio again.

Accordingly, a nine-member National Elections Committee has been constituted to superintend over all election-related processes.

Filing of nomination will commence on June 13 and end on June 15.

DISCLAIMER: The Views, Comments, Opinions, Contributions and Statements made by Readers and Contributors on this platform do not necessarily represent the views or policy of Multimedia Group Limited.
Tags:
AM Show
Musah Superior
NDC
NPP