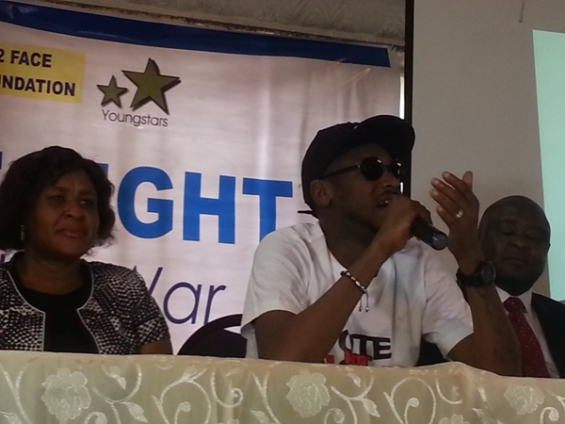 Pop star, 2face Idibia is at the forefront of ensuring a violence free election process in Nigeria come February, 2015.

Idibia, who was present at the launch of the Vote Not Fight campaign Wednesday at the Events Centre, Ikeja, Lagos, encouraged youth to shun all forms of violence during and after the coming elections.

According to him, the campaign will see millions of Nigerians, including celebrities register on the campaign’s website to support the vision and further preach the need for a peaceful election.

The pop star, widely regarded as Africa’s leading young music star, stated that the youth make up an integral part of the electorate and as such should be careful and resist being used as elements of violence.

The campaign is being spearheaded by his foundation, 2face Foundation in conjunction with Young Stars Foundation.