4-year-old girl dead after being defiled 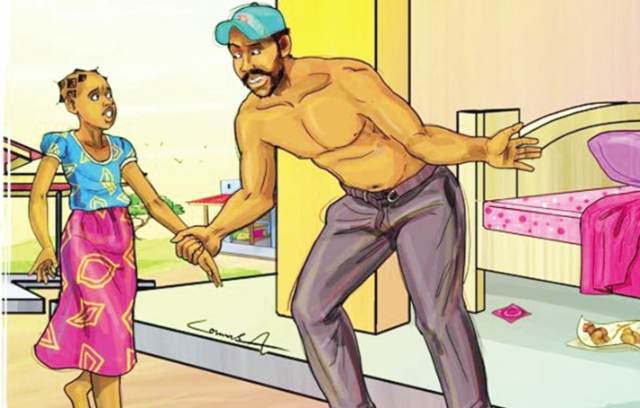 A four-year-old girl has died after she was allegedly defiled by a 34-year-old man at Asuoko, a village near Asamankese in the Eastern Region.

Esther Adobea, mother of the deceased told Joy News’ Fred Smith that her daughter was lured by the man only known as Gyasi into a neighbour’s bathroom and had sex with her until she fell unconscious.

According to her, the witness was a young boy who saw the act and drew the attention of people in the community who rushed the girl to the hospital.

She said the four-year-old was taken to the Asamankese government hospital to receive treatment but the little girl had already died.

Miss Adobea said doctors did not carry on with a post-mortem because of the cost involved.

She stated the incident took place two weeks ago on a Thursday.

Miss Adobea said she did not want to bury her daughter till the case was solved and the man behind bars, however, her mother had insisted the little girl should be buried and the police case dealt with separately.

Miss Adobea explained though no post-mortem was done, the testimony of the witness can help put the 34-year-old suspect behind bars.

She stated the suspect had previously been arrested for defiling someone in the community before.

Miss Adobea explained he was released because people had suggested the issue be dealt with between the two families.

She said the man had attempted to defile another girl who was going to school earlier that day.

According to her, the girl started screaming after the suspect started beating her when she refused to go to him.

Miss Adobea said it drew the attention of a neighbour who went to see the girl. She had been beaten badly but the man had run away.

She has called for the police to deal with the man and sentence him to life imprisonment. It is unclear whether the suspect has been charged.

Miss Adobea stated she did not want the man’s family to see him again because she also will not see her daughter again.

Listen to the woman recount the incident: