5 months delay for setting up OSP Board unacceptable – Kweku Baako 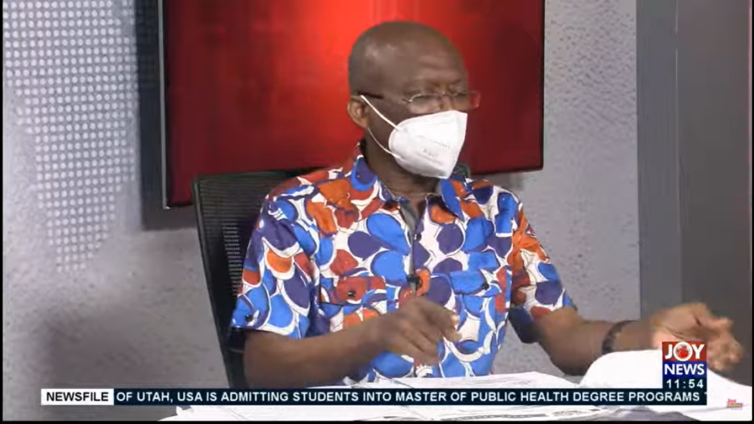 The Editor-in-chief of the New Crusading Guide newspaper says the five months delay in inaugurating a board of the Office of the Special Prosecutor (OSP) cannot be tolerated.

Abdul Malik Kweku Baako told Sammy Lardy Anyenini, the host of Newsfile, on Saturday that if government wants to ensure the full effectiveness of the office, it must walk the talk.

The new Special Prosecutor, Kissi Agyenbeng, assumed office in August, but the board is yet to be inaugurated.

The maverick journalist said the board’s essential value and core mandate demand that it should have been inaugurated earlier.

“There may be good reasons, but I am unable to admit that a five-month delay relative to inaugurating the board for that office is acceptable. Because we all know the essential value and the function of the board.

“Without the board being in place, there are certain things that the office cannot do, even employing personnel,” he stated.

He noted that government must be creative and innovative in fighting corruption.

Mr Kweku Baako added that the various institutions established to fight corruption must be fully resourced, as fighting corruption is not a walk in the park.

According to him, President Akufo–Addo must prove his commitment to fighting corruption in the country.

“We got to be creative; we have to be innovative. Look to fight corruption is not an easy thing. It is not a routine matter, especially in our historical context from independence till today.

“We have even used the gun to fight corruption, and we failed so if we have set up such a specialised agency by an act of Parliament, we ought to commit resources for implementation. I am not for a moment doubting the commitment of the president or government in fighting corruption but prove it,” he said.

Meanwhile, Senior Vice President, IMANI-Africa, Kofi Bentil, believes the multiplicity of the anti-corruption institutions in the country without any effective leadership is undermining the fight against corruption.

He has thus, called for the collapse of the Economic and Organised Crime Office (EOCO) and all other anti-corruption institutions in the country, leaving just one institution which should be fully empowered to fight the canker.

“We have a plethora of these institutions. We need to collapse all of them. OSP, EOCO all of them should be collapsed and let’s leave only one and empower them and indeed with or without the plethora of the institutions if you have a leader at the top who is signalling the right things we will be effective in fighting corruption,” he stated.