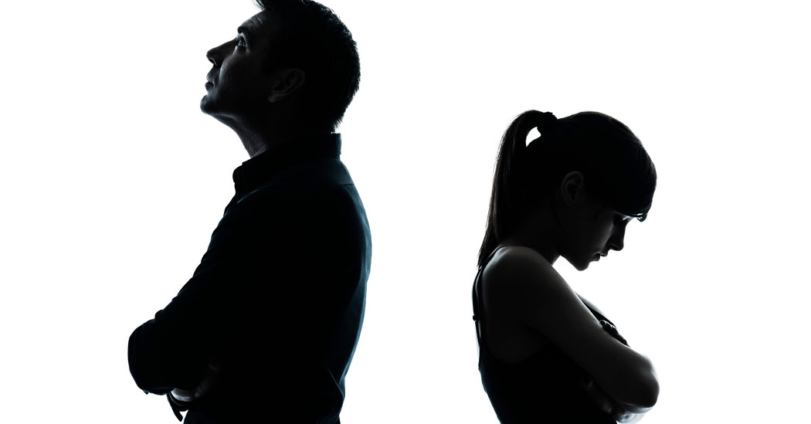 When you grow up with a toxic parent, it can take years — even decades — to recognise how dysfunctional the relationship really is.

That could be because their bad behaviour was normalised over time or because you were holding out hope that your parent would change and the relationship could be salvaged, Peg Streep — author of “Daughter Detox: Recovering from an Unloving Mother and Reclaiming Your Life” — told HuffPost.

It’s important to note that even the healthiest relationships are not immune to periods of tension or disagreement — and your relationship with your parents is no exception, no matter how old you are.

“Adult children make choices that are different from those their parents made in all areas of life, and some conflict is inevitable,” Streep said. “But it’s how conflicts and disagreements are resolved that distinguishes tension from toxicity.”

Sure, a specific issue could come up and cause a rift in a reasonably healthy relationship, but “genuinely toxic adult child/parent relationships don’t spring up out of nowhere,” Streep said.

“Parents high in narcissistic traits or who are controlling or combative will continue to behave as they always have, despite the child’s adulthood,” she added.

“It’s how conflicts and disagreements are resolved that distinguishes tension from toxicity,” Peg Streep, Author of “Daughter Detox”
Below are some signs that you may be dealing with a toxic parent as an adult.

Even as adults, we crave our parents’ love and approval. A toxic parent will take advantage of this in order to get what they want.

“Even though you may be making the right decisions for yourself, your parents make you feel like your decisions are harmful to them in some way and threaten to withdraw love or connection if you go against what they wish,” said licensed mental health counselor Justine Carino, who specialises in dysfunctional family patterns.

If you refuse to appease them, the threats will only continue.

“Since grounding you is no longer an option, parents may use possible estrangement or cutting the adult child out of his or her inheritance if he or she doesn’t toe the line,” Streep said.

2. They belittle your feelings, often accusing you of being “too sensitive.”

When you try to express your hurt or disappointment about a situation to your toxic parent, they’re quick to dismiss or minimise your feelings, which leaves you constantly questioning your own perceptions. In other words, they gaslight you.

“You often feel emotionally invalidated by them and have a lot of feelings of self-doubt after having conversations with them,” Carino said.

One of clinical psychologist Craig Malkin’s clients grew up with a father who responded to any display of emotion with some variation of “you need to grow a thicker skin” or “you need to learn to let things go.” This led to a lot of shame and confusion around his own emotions, a struggle that followed him into adulthood.

The client “limited contact with his father as an adult, but any conversation they had reawakened suspicions … that he was too sensitive, or demanding, or wishy-washy,” said Malkin, author of “Rethinking Narcissism: The Secret to Recognising and Coping with Narcissists.” “He doubted himself at an even deeper level than the constantly criticised child.”

3. If you disagree with them, they say you’re being disrespectful.

With toxic parents, it’s their way or the highway. There’s no room for healthy discussion or compromise. Even as an adult, your opinion seems to hold no weight.

“The parent who embraces a black-and-white authoritarian style of parenting believes there’s only one answer, and that it’s his or hers,” Streep said. “The lack of discussion gives you only one option — capitulation — and, yes, that’s abusive.”

4. They constantly criticise not just your actions and decisions, but your character.

Many parents have a habit of butting in and sharing unsolicited — but often well-intentioned — comments about everything from your clothes to your job to your house to your romantic partner. Those remarks can be frustrating, to say the least, but that doesn’t mean they’re toxic, necessarily.

Toxic parents criticise not only what you do, but who you are.

“Rather than highlight the action or decision the parent disapproves of, the mother or father focuses on what’s wrong with you — how you are too sensitive or too dumb or whatever else may come to his or her mind,” Streep said. “This is meant to undercut you, have you doubt yourself or blame yourself.”

One of Malkin’s clients was a woman in her 30s whose mother never shied away from rattling off a list of all the mistakes she felt her daughter was making.

“She was too picky with men, too careless with spending, too concerned with her looks — or sometimes not concerned enough,” Malkin said. “The theme was always the same: her mother’s wisdom was unquestioned and [the client] was clueless.”

Toxic parents make you feel that no matter what you do, you’re not good enough or you haven’t “lived up to their standards or expectations for what they hoped you would become,” Carino said.

5. They blame you for their problems and emotions.

Rather than take responsibility for their wrongdoings and apologise for them, toxic parents will shift the blame onto you. They’ll tell you that their own relationship issues or financial troubles are somehow your fault.

Even their negative emotions become your responsibility. They’ll say that if you hadn’t done X, they wouldn’t have gotten so angry.

“Your parent says something hurtful and you well up and he or she says, ‘If you weren’t so sensitive, we wouldn’t have all this drama,’” Streep said. “Or the parent is screaming and says, ‘If you listened to me in the first place, I wouldn’t have to resort to yelling.’”

How to cope with a toxic parent

One key point to keep in mind when dealing with an emotionally unhealthy parent: “Recognise that the only person you can change is you,” Streep said. On that note, our experts offer some advice on how you can deal with a toxic parent.

Reflect on what you want these boundaries to be and then communicate them clearly to your parent. It’s not easy to do, but it will become more comfortable over time, Carino said.

“It can be helpful to discuss [boundaries] during a time when you both are calm and removed from the situation being addressed,” she added. “Being firm and consistent is an essential part of maintaining boundaries.”

If your boundaries aren’t respected, consider lessening contact with your parent. That might mean communicating only via email or short phone calls for the time being.

“Parents don’t suddenly change and become nontoxic,” psychologist Chivonna Childs told the Cleveland Clinic. “You may have to distance yourself from them to heal, and that can be a hard pill to swallow.”

Know that your parent’s negative reactions aren’t a sign you did something wrong.

“Recognise that the only person you can change is you,” Streep

A lot of parental toxicity stems from narcissistic traits, he noted. Narcissists are so driven to feel special that they envy other people’s talents and insights.

“[This] means they’ll attack ignore or dismiss no matter how great a job you do,” Malkin said. “In fact, they’re more likely to undermine your successes.”

Talk to a therapist.

The best strategy to navigate this tricky terrain, Streep said, is to work with a gifted therapist.

Carino underscored the importance of getting counseling to find healthy ways to deal with a toxic parent.

“Family of origin work as an adult can not only help you with your relationship with your parents, but help you understand certain patterns that you play out in your romantic relationships and friendships because of dynamics from your childhood,” she said.

DISCLAIMER: The Views, Comments, Opinions, Contributions and Statements made by Readers and Contributors on this platform do not necessarily represent the views or policy of Multimedia Group Limited.
Tags:
Adulting
Parenting
Toxic Parents