5 takeaways for business from the European Super League collapse 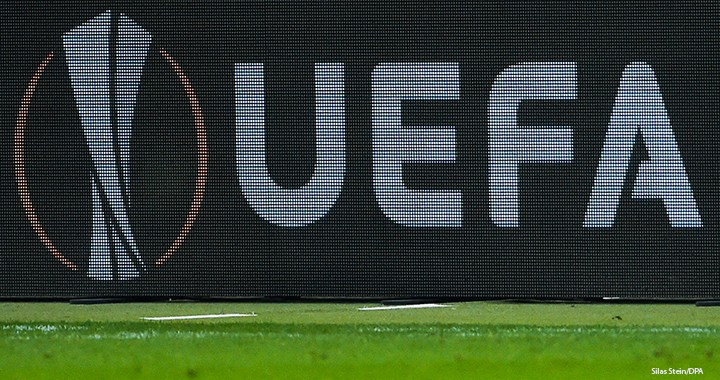 The rapid mobilisation of English fans vehemently opposed to the idea was also a critical lever behind the league’s rapid collapse two days later.

But are there lessons for other businesses and organisations amidst the wreck that the planned league became?

Izzy Wray, a manager in Deloitte’s Sports Business Group in the UK, said the lack of consultation with fans on the plan, which would have changed the industry “so significantly”, meant the collapse was not a great surprise.

She added: “Other stakeholders in the game were also not consulted … broadcast partners, sponsors, UEFA, FIFA, domestic clubs, and leagues.”

Encouragement for clubs to sign up to the plan was last minute and that was also a factor in its failure, she suggested.

The status quo was not unpopular with football fans. In its June 2020 report focused on English  football — Home Truths: Annual Review of Football Finance 2020 — Deloitte found that 56% of fans viewed the current continental and country competition formats as “fit for purpose”. Only 14% expressed negative sentiment, with 30% neutral on the issue.

Deloitte also asked fans last year about their views on a super league involving the largest clubs. Less than a quarter (24%) supported the idea, with 57% expressing negative sentiment.

Noel Tagoe, FCMA, CGMA, Ph.D., professor of accounting and management practice at Nottingham University Business School in the UK, said COVID-19 had exacerbated the existing economic fragility of the football clubs’ business model, which relied on bringing large crowds together. Governance of the sport by FIFA and UEFA had also been through a “crisis of competence and credibility” over recent years. However, he said, a super league based on “an elite competition for elite clubs in the elite leagues in Europe” was not the right solution.

He said: “If you [consider it in a nonfootball context] this is a market entry play [by] the European Super League … [A] new corporate entity has been formed with financial backing and was coming in to attack incumbents in a lucrative market.

“Those incumbents in the market will fight you. So you’ve got to be able to understand what the basis of the fight is going to be and what resources [the] incumbents would use in order to fight you.”

Five factors were behind the league’s rapid unravelling, Tagoe suggested:

Defective coalition-building. Two of the existing elite leagues in Europe — Germany’s Bundesliga and France’s Ligue 1 — were missing from the European Super League (ESL) coalition. “The coalition that formed the basis of ESL was shaky, politically, because it was not broad and wide enough, and it didn’t [have] key people and key organisations,” Tagoe said

Poor stakeholder analysis. Tagoe said there are two groups of football fans — those who are physically present at matches and the more economically important global audience, which brings in revenue through television rights and sponsorship. The ESL did not understand that the politically important local fans, as well as players and pundits — opinion formers — would be able to build coalitions rapidly and cheaply using social media to oppose the plans.

The plan did not address football’s viability overall. In focusing on the financial potential of a super league, the ESL did not consider nonfinancial matters such as “the emotion and the identities and the commitment that people have to their clubs”, Tagoe said.

The closed-league status was not popular with fans. The Deloitte survey found that 63% of fans were against the idea that a super league competition should be a “closed shop”, ie, no promotion or relegation in order to guarantee that the largest teams play each other each season. European clubs making it into the UEFA Champions League, which is open to European top country league winners, can add £30 million to £50 million in revenues and increase their valuation, Tagoe said. However, for fans, removing the uncertainty — which Deloitte describes as “the drama, fluidity, and jeopardy that promotion and relegation provides” — was not welcome.

The plan wasn’t stress-tested. Tagoe said that proper stress-testing would have identified where opposition to the plan would have come from and how strong it would have been. This process would have also helped create plans to combat or offer incentives to the opposition.

Other lessons for business

For any business, understanding what your customer wants is critical in terms of offering the best products and services.

Wray said the popularity of football globally is built on a pyramid structure of clubs at different levels, which at the very top drives the viewing figures and revenues. She added: “So taking that key component away from how football is structured in Europe … the fans were not supportive of.”

In any business, customers should never be taken for granted.

Tagoe said: “I think there was a sense in which customers … have been taken for granted [by the ESL clubs, who thought], ‘We are the elite clubs. They are committed to us. They’ll follow us, no matter what happens.’

“In the past we’ve always talked about maximising shareholder value. That narrative has changed to creating shared value.

“So if you look at the ESL as a vehicle to maximise shareholder value — no faults. But it was woeful in being able to articulate creating shared value for everybody.”

The approach of Integrated Reporting (IR) and integrated thinking is relevant to this situation, Tagoe suggested. The ESL clubs focused on financial capital but failed to think about human capital — the players and coaches who opposed the plan.

Social and relationship capital, which gives businesses the authority to operate in a market, was similarly disregarded. The ESL collapse, Tagoe said, also provides an example of failure to look at the social element of ESG investment.

Its inability to persuade stakeholders of the benefits of a super league also helped create failure for the ESL. Referring to the three elements of persuasion — ethos, pathos, and logos — set out in Greek philosopher Aristotle’s The Art of Rhetoric, Tagoe said that by concentrating on shareholders, the ESL failed to establish its credibility (ethos) to speak to all of football’s stakeholders. There was no articulated plan to appeal to the emotions (pathos) of local loyal fans of what was “in it” for them and no clearly defined logical argument (logos).

“[For] any business, which is going to go into a market in a hostile manner — you need to have a story that is credible and compelling to a wide range of stakeholders, the ones who would enable you to play in that market,” Tagoe said.

DISCLAIMER: The Views, Comments, Opinions, Contributions and Statements made by Readers and Contributors on this platform do not necessarily represent the views or policy of Multimedia Group Limited.
Tags:
Deloitte’s Sports Business Group
European super league
Professor Noel Tagoe