6 shady signs the guy you're falling for is low-key playing you - MyJoyOnline.com 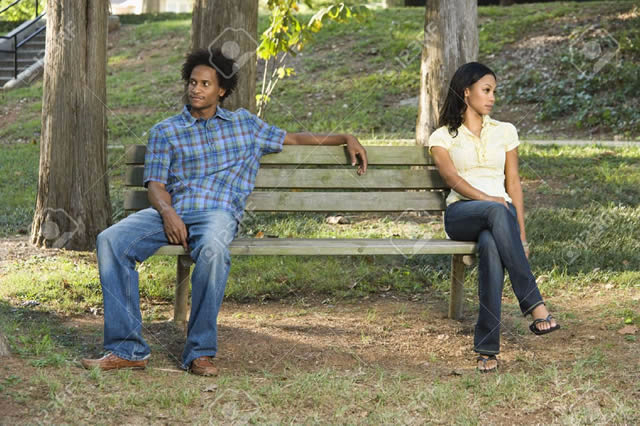 Regardless of whether you’re new to dating or have been doing it for a while, it’s easy to sometimes have people whose only intention is hurting you — like pick up artists — slip under your radar.

Pick-up artists (PUA) are men who use certain negative techniques in order to get your love and affection, even though they have no intention of dating you or having a lasting, healthy relationship.

If you find yourself falling for a guy, it’s natural to ask yourself one specific question: does he like me back?

Unfortunately, there are a few signs he isn’t into you that will answer this question straight away — and reveal that he’s probably a pick-up artist.

A pick-up artist’s single goal is to play you while making you believe they’re interested in a deeper connection. They only want sexual conquest, and they don’t care if they hurt your feelings in order to get it.

Recently, I was at a party where I met Matt. He offered to get me a drink and I accepted. He took a seat on the sofa between me and another woman.

The entire time, he ignored me and spoke to her, but kept rubbing his leg against mine. He’d occasionally turn to me and smile as if we had some “secret thing” going on.

After a while, he got up abruptly and said, “Keep in touch.”

I was put off by his behavior.

Later in the evening, Matt returned with compliments and eyes only for me. Imagine my surprise when he asked me for advice on how to best break up with his girlfriend and told me he wanted to hang out with me.

I excused myself, gathered my things, and left. When I got to my car, I received his friend request on Facebook. The entire night he’d been hot and cold, flirting with me, then revealing he already had a girlfriend. What’s the matter with him?

This situation isn’t at all uncommon, unfortunately. If you’ve found yourself with a similar hot/cold date, then you’re likely the target of a pick-up artist.

A pick-up artist is a man who plays women to get what he wants, which is usually adoration, excitement, and sex.

This type of man has mastered the art of seduction — portraying characteristics that are highly desirable, and also showing you fake vulnerability. He’s skilled in winning a woman’s heart.

Here are 6 signs that he’s not into you — he’s a pick-up artist, and he’s not looking for a real relationship:

A predator like this doesn’t waste time with small talk. He will jump right into your personal physical, spiritual, and emotional spaces.

He has an agenda that includes finding your strengths to exploit and your weaknesses. The PUA doesn’t care about your past relationships, standards, or values.

He interrogates you to learn how to create an image of what you want in a man in order to gain your trust so that he’ll eventually get what he wants.

All he offers is abuse and harassment.

When you first meet him, he adorns you with compliments, whispers in your ear, and touches you too early.

He may attempt to take you away from your friends and get you alone. He always subtly (or even blatantly) pushes the boundary of what’s appropriate and comfortable.

He’ll share stories that seem very romantic or that pull at your heartstrings for him.

The PUA isn’t looking for a partnership. His romancing is clever bait. He wants to be in control. It has worked before, which is why he may seem so confident.

You must walk away from someone like this. By walking away, you won’t sign up for his lack of reliability, manipulation, and lies that will eventually suck you in and make you mentally, emotionally, and even physically sick.

This type of person runs hot and cold. One minute he pulls you in with compliments and promises, the next he keeps you at bay with his non-action. He flat-out disrespects you and disregards your wishes. He tells you he wants to see you but doesn’t make plans.

It’s all about tension and suspension to keep you guessing.

Manufacturing confusion, longing, and a host of mixed emotions is the pick-up artist’s hallmark.

Mystery works. Its appeal is a novelty, luring you away from the mundane and into an adventure where you release control of yourself.

It also traps you into seeing in him the favorite characteristics you want in a man while being kept in the dark about his true self and his intentions.

When a man is suggestive rather than concrete about the future, and when he’s evasive about personal questions — his past, the women in his life, the length of past relationships, etc. — beware.

A pick-up lives in secrecy. He lacks substance and won’t commit to anything. Instability and chaos feed his need for a constant thrill.

The mystery serves to cover up his addiction to the power of deception and to women and the chase.

Pick-up artists often believe that female victims are somehow responsible for their own abuse or harassment.

Because of his deep feelings of inadequacy or worthlessness, a pick-up artist wants to be seen and admired to boost his fragile ego. The sexual mistreatment of women magically affirms his proud sense of masculinity.

He surrounds himself with women. He will play one against the other to feed his inflated ego. Even if you’ve never seen or met these women, he will be sure to tell you about them.

The PUA purposefully manufactures a sense of urgency and feelings of insecurity to keep you hooked in his game as well to make you work hard for his attention.

6. He claims to have a sad past

A pick-up artist tells you a string of sob stories about being misunderstood, betrayed, and abused, starting all the way from childhood and into his most recent relationship.

Get the tissues ready, for he will pull at your compassion and sympathy! Then he’ll make you feel like your brilliance is the answer to his deep well of brokenness being healed.

This is a manipulation; it pulls on you to stay in the relationship and to accept his lame excuses for any of his bad behavior. He will tell you he’s “too damaged to have a relationship,” but he’ll keep calling you and trying to hang out.

Believe his words in this case. He can’t do relationships, commitment, or love.

Many of these pick-up artists are sex and love addicts, narcissists, psychopaths, or any combination of other toxic personalities. Don’t be fooled by fake vulnerability and a false sense of intimacy. The pick-up artist can fluctuate from steamy hot to ice cold.

He will idealize and devalue. He will praise, then insult and undermine. He will use sex as a weapon. He will play with your mind and toy with your heart.

This game of seduction is a game of power and control. It will leave you battling the wolves of self-doubt and despair and strip away your sense of self.

You are worthy of a man’s respect and time, and his sincere desire to vulnerably share with you his strengths and receive yours. You are wired to love and be loved fearlessly.