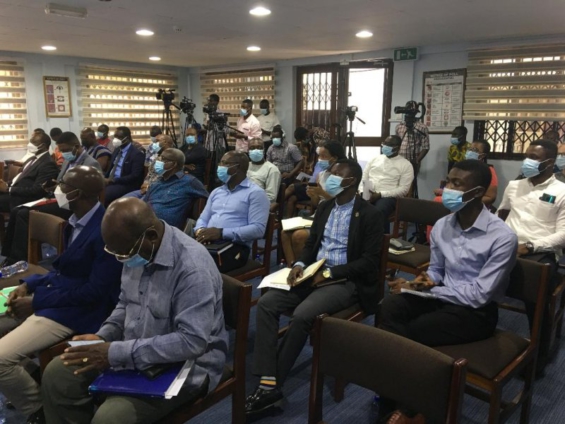 Sixty-two percent of Ghanaians are not confident in the ability of the New Patriotic Party (NPP) led Government to curb corruption and impunity by its officials in the next four years, according to a CDD survey.

Another 53 percent of the population are not confident in Government’s ability to protect the country’s financial resources by promoting accountability in public service.

These are some of the highlights from the Centre for Democratic Development Ghana (CDD-Ghana) 2020 Post-Election Survey Findings conducted from Sunday, May 23, 2021 to Thursday, June 3, 2021.

Director of Research, CDD-Ghana, Dr Edem Selormey during a Public Briefing said the survey was conducted with a sample size of 2,400, randomly selected adult citizens.

Dr Selormey said 41 percent of citizens were less optimistic about Government’s ability to reduce crime, 35 percent were confident whilst 21 percent believed that Government’s fight against crime would remain the same as always.

The Survey said 52 percent of respondents were confident that Government would be able to consolidate the gains of the Free Senior High School Programme as pledged in the NPP 2020 manifesto.

However, the findings showed that 57 percent of the population were less confident that Government would be able to expand the One District, One Factory initiative across the country as pledged in the NPP manifesto.

Per the Survey, 36 percent of Ghanaians said in case the Government wanted to increase public spending, it should channel it towards Education, 26 percent suggested infrastructure, 14 percent for healthcare, and 10 percent opted for agriculture.

The Director of Research said a cumulative 58 percent of respondents attributed the reduction in President Nana Akufo-Addo’s vote margin to his policy decision and actions, his Member of Parliaments (MPs), and appointee’s performance, and the President’s performance.

They said the loss of seats by the NPP was as a result of the MPs non-performance, the NPP’s bad campaign, and the non-performance of their candidates.

Dr Selormey said respondents attributed the gains the NDC made in the parliamentary elections to the NPP MPs non-performance, the NDC’s campaign and the performance of their candidates, and a way of punishing the NPP for non-performance.

She said in general, a significant minority of Ghanaians were optimistic that in the next four years, the Akufo-Addo NPP-led Government would perform “much better or better” in addressing public or social service delivery.