93.3% of homosexuals learn it – CEO of Mental Health Authority 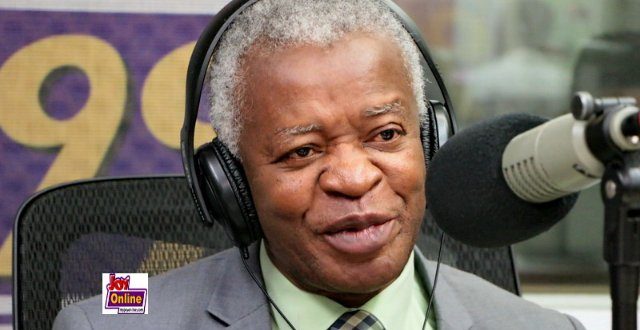 Dr. Akwasi Osei is the CEO of the Mental Health Authority

The Chief Executive Officer of the Mental Health Authority, Dr. Akwasi Osei has dissented from the claim by some persons that homosexual activities are normal.

Appearing before the Constitutional and Legal Affairs Committee, Dr. Akwasi Osei said, in Ghana, a minute percentage of homosexuals are born as such.

JoyNews/AdomNews · 93.3% of homosexuals learn it – CEO of Mental Health Authority

The act, he said constitutes mental illness by scientific definition. This, he explained is a departure from normality and causes severe and persistent distress or pain to society and victims of homosexual conduct.

Dr. Osei therefore described the claims about homosexual activities being normal are specious.

“An NGO did a study and estimated that there are about 650,000 people in Ghana with homosexual tendency and that there are 350,000 in Accra, 250,000 in Takoradi and 50,000 elsewhere. If you bring all these you get about 0.02 per cent of the Ghanaian population. How can you say that 0.02 per cent is a common phenomenon and therefore is normal?

He further noted that out of the 0.02 per cent of homosexuals in Ghana, 93 per cent of them learnt the act through peer pressure, economic reasons, curiosity and aversion for the opposite sex as a result of rape and defilement.

A group opposing the passage of the Bill, Concerned Ghanaian Citizens said the Bill will violate human rights and promote hate against persons belonging to the LGBTQ+ communities.

Meanwhile, the Ghana Pentecostal and Charismatic Council (GPCC) has called for the swift passage of the Promotion of Proper Human Sexual Rights and Ghanaian Family Values Bill, 2021, into law.

Other groups that have appeared before the Committee included the Human Rights Coalition, Amnesty International and Advocates for Christ.

DISCLAIMER: The Views, Comments, Opinions, Contributions and Statements made by Readers and Contributors on this platform do not necessarily represent the views or policy of Multimedia Group Limited.
Tags:
Anti-LGBTQ+ bill
Mental Health Authority
Promotion of Proper Human Sexual Rights and Ghanaian Family Values Bill 2021