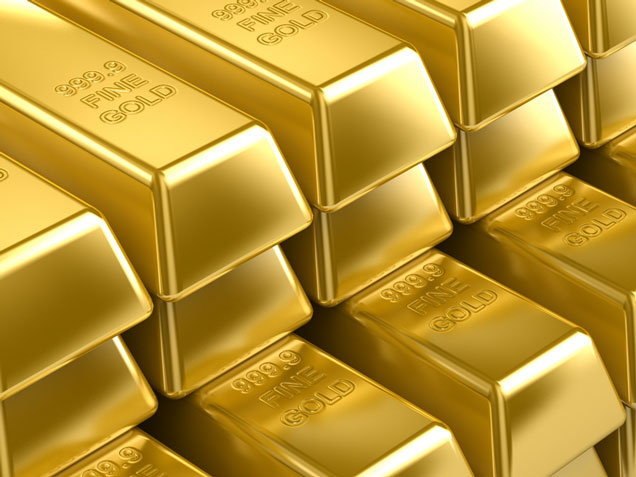 A forgery crisis is quietly roiling the world’s gold industry.

Gold bars fraudulently stamped with the logos of major refineries are being inserted into the global market to launder smuggled or illegal gold, refining and banking executives tell Reuters. The fakes are hard to detect, making them an ideal fund-runner for narcotics dealers or warlords.

In the last three years, bars worth at least $50 million stamped with Swiss refinery logos, but not actually produced by those facilities, have been identified by all four of Switzerland’s leading gold refiners and found in the vaults of JPMorgan Chase & Co., one of the major banks at the heart of the market in bullion, said senior executives at gold refineries, banks and other industry sources.

Four of the executives said at least 1,000 of the bars, of a standard size known as a kilobar for their weight, have been found. That is a small share of output from the gold industry, which produces roughly 2 million to 2.5 million such bars each year. But the forgeries are sophisticated, so thousands more may have gone undetected, according to the head of Switzerland’s biggest refinery.

“The latest fake bars … are highly professionally done,” said Michael Mesaric, the chief executive of refinery Valcambi. He said maybe a couple of thousand have been found, but the likelihood is that there are “way, way, way more still in circulation. And it still exists, and it still works.”

Fake gold bars – blocks of cheaper metal plated with gold – are relatively common in the gold industry and often easy to detect.

The counterfeits in these cases are subtler: The gold is real, and very high purity, with only the markings faked. Fake-branded bars are a relatively new way to flout global measures to block conflict minerals and prevent money-laundering. Such forgeries pose a problem for international refiners, financiers and regulators as they attempt to purge the world of illicit trade in bullion.

High gold prices have triggered a boom in informal and illegal mining since the mid-2000s. Without the stamp of a prestigious refinery, such gold would be forced into underground networks, or priced at a discount. By pirating Swiss and other major brands, metal that has been mined or processed in places that would not otherwise be legal or acceptable in the West – for example in parts of Africa, Venezuela or North Korea – can be injected into the market, channeling funds to criminals or regimes that are sanctioned.

It is not clear who is making the bars found so far, but executives and bankers told Reuters they think most originate in China, the world’s largest gold producer and importer, and have entered the market via dealers and trading houses in Hong Kong, Japan and Thailand. Once accepted by a mainstream gold dealer in these places, they can quickly spread into supply chains worldwide.

Word of the forged bars began to circulate quietly in gold industry circles after the first half of 2017, when J.P. Morgan, one of five banks which finalize trades in the $10 trillion-a-year London gold market, found that its vaults contained at least two gold kilobars stamped with the same identification number, 10 people familiar with the matter told Reuters. Reuters couldn’t determine exactly where the vaults were.

J.P. Morgan declined to directly address questions about the fraudulent bullion, or comment on any of the details in this story. “It’s our standard practice to immediately alert the appropriate authorities and refineries should we discover mismarked gold kilobars during routine checks and procedures,” the bank said in a statement. “Fortunately, we have yet to have an incident resulting in a loss to the firm or a client.”

The Shanghai Gold Exchange, which regulates China’s gold market, said in a statement it was not aware of counterfeit bars being made in or transported through China. “The Shanghai Gold Exchange has established a thorough delivery and storage system. The process for gold (material) to enter the warehouse is strictly managed and in compliance with the regulations,” it said.

When others who store and trade such gold found forged bars, they returned them to the refiner concerned, some of whom have operations in Asia. Bars returned to Switzerland have been reported by refiners to the Swiss authorities who impounded them, refiners said.

Swiss Customs said 655 forged bars were reported in 2017 and 2018 to local prosecutors in Ticino, a region bordering Italy that contains three of Switzerland’s four large refineries. “In all cases the marking of the 1 kg bars were fake,” a Customs official said by email, without commenting further.

The public prosecutor in Ticino confirmed it had received three reports of gold bars with suspect serial numbers, but said it could not disclose more information. The police in Neuchatel, where Switzerland’s other large refinery is located, said neither it nor local prosecutors there had received reports of any forged bars. Switzerland’s Attorney General said its office was not concerned with the topic at present.

Refinery executives said forged bars had also been reported in other countries.

Kilobars are small – around the size and thickness of a cellphone – unlike the roughly 12.5-kilo gold ingots typically stored in the vaults of the world’s central banks. Kilobars are the most common form of gold in circulation around the world, passing fluidly between banks, refineries, dealers and individuals. The identifying features stamped onto a bar’s surface include the logo of the refinery that made it, its purity, weight, and a unique identification number. Each one is worth around $50,000 at current prices.

In parts of Southeast Asia, it’s not uncommon for individuals to use gold instead of cash for big purchases such as real estate, bankers and analysts said. “It’s the only investment tool that goes from institutional investors like banks to the public and back again,” said an executive at a Swiss refinery.

In China, almost all exports of gold are banned as part of the country’s strict, longstanding controls on capital movements. That, market analysts say, has spurred demand among well-to-do Chinese who want to send money out of the country to find ways to smuggle it.

An estimated 400 to 600 tonnes of gold are snuck every year across the border from mainland China to Hong Kong in car boots and delivery vans, most of it in kilobars, said Cameron Alexander, head of precious metals research at consultants GFMS Refinitiv, which conducts detailed studies of global gold flows. Hong Kong Customs said it had received no complaints in the past decade about kilobars with forged trademarks.

DISCLAIMER: The Views, Comments, Opinions, Contributions and Statements made by Readers and Contributors on this platform do not necessarily represent the views or policy of Multimedia Group Limited.
Tags:
Switzerland