A pastor prophesied we will be great – Keche 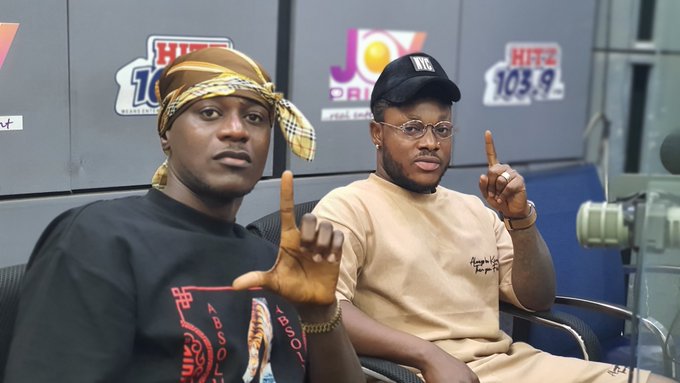 Music duo Keche, made up of Joshua Kojo Ampah and Andrew Kofi Cudjoe, have revealed that a pastor prophesied their greatness years ago.

Speaking in a yet-to-air episode of E Vibes, the group recalled a prophecy by a man of God called Pastor Osei.

“Pastor Osei, then Gifty Osei’s ex-husband… told us that we will go through hell but we will break through and will become one of the strongest groups Ghana will ever have.”

They told the host Becky that the preacher said “from now to the next 10 years we will be reigning and we will never go down.”

Keche revealed that everything the man of God said about their career ten years back has manifested in their lives.

The duo rose to fame with their debut album Pressure in 2008. They have multiple nominations to their credit and their song Sokode topped several music charts across the African continent.

They are also known for the songs Aluguntugui, Diabetes, Pressure, among others. In 2011, the group was recognized as Global Ambassadors for Peace by the then Liberian President, Ellen Johnson Sirleaf.

Following that, the group also performed at the UN Peace concert in Monrovia, Liberia in 2014, which gave the group recognition across Africa.

The E Vibes show strives to evoke memories through the setting of the interview and their rise, the memories they made on their way to the top with the hope that their unique stories will help shape the younger generation.

E Vibes is different from your regular day-to-day interviews. This show is carefully designed to provide some quality time with selected personalities.

DISCLAIMER: The Views, Comments, Opinions, Contributions and Statements made by Readers and Contributors on this platform do not necessarily represent the views or policy of Multimedia Group Limited.
Tags:
Keche
Prophesy