A Plus and Feli Nuna trade insults over boyfriend's role in her career - MyJoyOnline.com 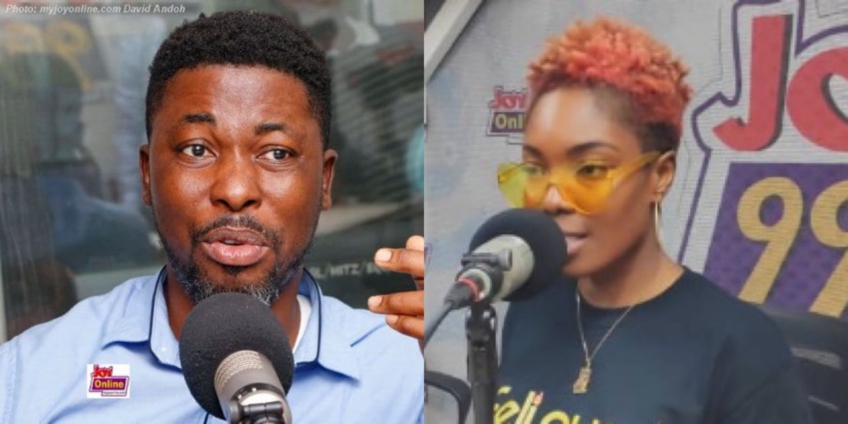 Two socialites have engaged in a heated argument over the role of a partner in a musician’s career.

Musicians A-Plus and Feli Nuna were among a panel discussing issues regarding the showbiz industry.

During the deliberation, the Off Da Ground signee was quizzed on whether her boyfriend invests in her career to which she responded in the negative.

A Plus, particularly, was among those who did not support Feli’s revelation about her significant other.

“Your boyfriend is rich but does not work in showbiz. So you’re going to look for someone to invest while your boyfriend hides his?” he quizzed on Saturday.

She insisted that their relationship was strictly personal and had nothing to do with her showbiz interests for which reason he needs not invest in her craft.

However, the answer did not seem to go down well with the controversial socialite.

“You have a rich boyfriend who is not willing to invest in your music. You went to someone else for money and the person suggested that he likes you and you get angry. Let me tell you what doesn’t make sense, it is that boyfriend you’re moving with. He is very f*#king boy,” he said.

This sent the whole panel into another frenzy and prompted the host to call for cool heads to prevail.

In response, Feli Nuna, who is currently promoting his new single ‘Towel’, indicated that she will refrain from hurling insults at A Plus’ wife because of the respect she has for him.

“I like your wife and I won’t stoop to your level to insult your partner,” she told him.

She added that her boyfriend even sponsored the shooting of one of her music videos at some point in her career.

“He is a proud poet and research scientist. He is bright and more intelligent than you. He supports me as a woman and a girlfriend but my job as a musician has nothing to do with him,” she added.

The others were artiste manager, Bulldog, pundit Mr Logic and Samuel Atuobi Baah.

For this reason, Feli Nuna has been trending on Twitter.

So I’m trending today because I protected my women! My day has been made🌸

Meanwhile, the head of her record label, Fuse ODG has reacted to the development.

This #UnitedShowbiz panel interview with @FeliNuna has displayed how dangerous the creative industry space is for women in Ghana. A man should have the right to want to have sex with the woman if the woman needs their investment? Proud of Feli for standing up & #IStandWithFeli

According to him, the panel “has displayed how dangerous the creative industry space is for women in Ghana.”

“A man should have the right to want to have sex with the woman if the woman needs their investment? Proud of Feli for standing up & #IStandWithFeli” he tweeted on Sunday.

Tags:
A Plus
Boyfriend
Feli Nuna