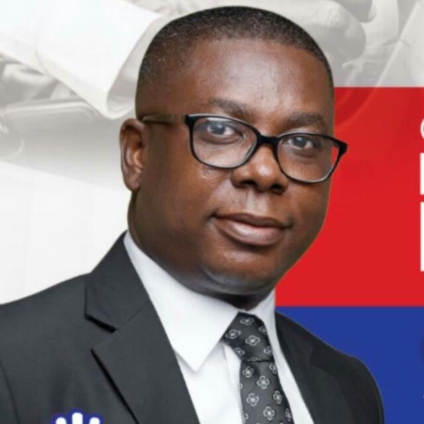 The spokesperson for the Vice President, Dr. Gideon Boako has revealed that he was contacted by a supposed investor earlier in the year to enquire about the ‘appearance fee’ to meet his boss.

He however did not probe into the background of the supposed investor “because it was of no interest to me.”

According to Dr. Gideon Boako, the conversation took place on phone.

Speaking in an interview on Asempa FM’s Ekosii Sen on Monday, he said, “the exact day, I may not be able to tell, but they contacted me this year, 2022.”

According to Dr. Boako, his response to the supposed investor was that the request should be put into writing to the Vice President’s office.

Dr. Boako said when the question of ‘appearance fee’ was asked, he was taken aback.

“I laughed and asked, an appearance fee? Why? is it that Kotoko and Hearts of Oak are going to have a super clash,” Dr. Boako said while laughing.

The spokesperson continued that the supposed investor asked whether the ‘appearance fee’ is a norm, to which he replied, “No, that cannot happen. If that was the case, then I am not a poor man. I told them the Vice President as I know him, will never entertain such a thing. If you are his staff and entertain such a thing, you do that at your own risk.”

According to Dr. Boako, the supposed investor later mentioned that someone once made a proposal for ‘appearance fee’ hence his question.

It would be recalled that the dismissed Minister of State, Adu Boahen is alleged to have said in an under-cover expose by ace investigative journalist, Anas Aremeyaw Anas, that Vice President Bawumia needed $200,000 as an appearance fee to meet prospective investors.

The documentary is dubbed “Galamsey Economy” and is expected to be premiered on Monday at the Accra International Conference Centre.

In the documentary, Mr. Adu Boahen is said to have told the undercover investigators who posed as investors that Dr. Bawumia would also require some positions from the investor for his siblings to get his backing and influence in establishing a business in Ghana.

But Dr. Bawumia denied the accusations and called for the Minister to be sacked and investigated.

President Akufo-Addo subsequently sacked the former Minister of State at the Finance Ministry and directed the Office of the Special Prosecutor (OSP) to investigate him.

“We should have an investigation which centres particularly on this allegation that if you have (USD) 200,000 you should be able to secure a meeting with the Vice-President and I know the state institutions that have the mandate to investigate will do so and do a good job at that,” she said on The Pulse, Monday.

DISCLAIMER: The Views, Comments, Opinions, Contributions and Statements made by Readers and Contributors on this platform do not necessarily represent the views or policy of Multimedia Group Limited.
Tags:
Dr Bawumia
Dr Gideon Boako