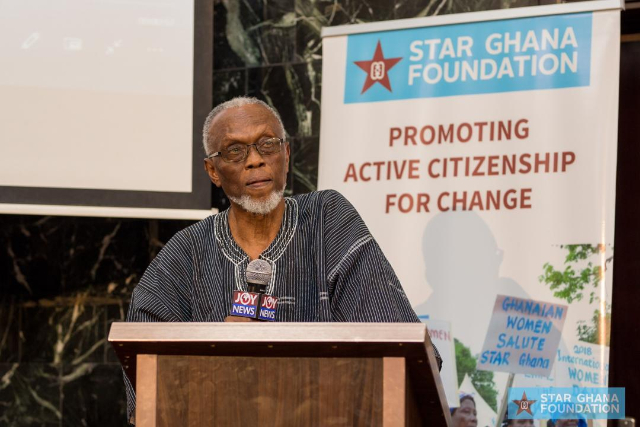 A former Vice-Chancellor of the University of Ghana has attributed the recent xenophobic attacks on other African nationals in South Africa to economic failure of African countries.

Professor Akilagpa Sawyerr noted that the events in South Africa were very significant because they contain lessons which should be taken seriously.

“Many blame the people who went on the attacks, many want to retaliate, all manner of things. But I think, for me, the important point that comes out of that event is it reflects the failure of states of Africa to provide adequately for all its people,” Prof Sawyerr revealed.

According to the Ghana News Agency Prof Sawyerr made the remarks at the climax of his 80th birthday celebration public lectures in Accra.

The two-day celebration (September 5-6) was on the theme: “Celebrating a Life of Academic Excellence, Public Service, Thought Leadership and Activism”.

He said the reason for the xenophobic attacks in South Africa would be linked to the nature of the economies of African countries and how they were being managed.

“The gaps that are created between the top small number, who get all the benefits and nobody else. It is that gap, combined with the failure to explain to the ones who are down that your enemy is not your neighbour or the person from across the border,” he stated.

“It is a reflection of the failure of the economies, which we all run. They don’t take their frustration out on the whites bosses or the Chinese or the Indians, they take it out on other Africans…..So, that to me is another of the failures we are talking about”.

Prof Sawyerr noted that those who engage in the xenophobia attack in South Africa fail to appreciate the commonness of their Africaness.

“They don’t see the Zimbabwean, the Ghanaian and the Nigerian as a brother, as they should. That again is a failure of our quest for Pan-Africanism, African Unity and all of that,” he said.

“So, whenever we are meeting at the top, the leaders are talking a lot, however, they are not generating that spirit,” adding that there was hope that Africa could still make it.