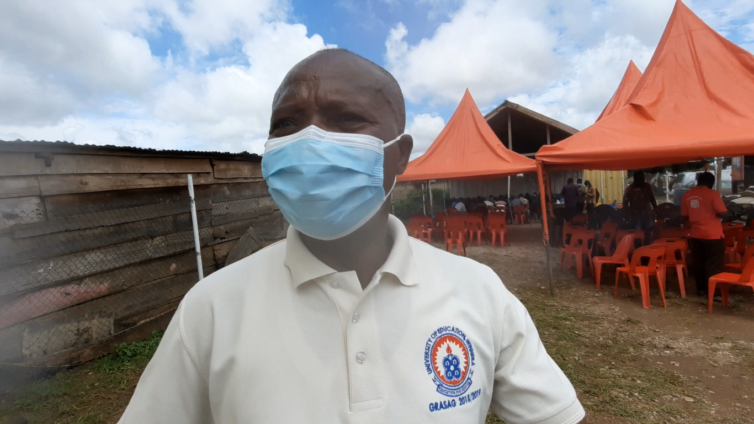 Residents of Alaska, a suburb of Abesim in the Sunyani Municipality of the Bono Region, have appealed to the acting Inspector General of Police (IGP), Dr. George Akuffo Dampare, to increase the presence of police patrol teams in the community to assure them of their safety.

They say they go about their daily activities in fear.

This follows the arrest of two suspects including 28-year-old Richard Appiah over the alleged murder of three persons and the harvesting of body parts which were stored in a fridge.

Police Investigations are already ongoing but the residents insist their fears have heightened and the police must do more.

They spoke to JoyNews after a team of clinical psychologists from the Police had separate counselling sessions for the bereaved families in the community.

A resident, Mr. Kunyaglo Kujo said the Alaska area is a fast-growing community but lacks some basic amenities.

He explained that the major roads within the community have no lighting systems adding that the residents lived in fear prior to the murder.

“If the lighting system is in place, then now that they are installing CCTV cameras in town (Sunyani), it will also be appropriate to have two or three within the Alaska community”.

“They have been attacking people and taking their mobile phones, at times they rape ladies. So this current situation has just come to add to our fears”, he said.

Another resident, who only identified herself as Christabel, said the residents would even be happy to have soldiers patrolling the area.

“If you travel to Accra and return late in the night, you cannot say the road is dangerous so you won’t go home. Taxi drivers have even refused to ply the community at night and that exposes us to grave danger”, she narrated.

She is hopeful authorities will tighten security in the area by providing at least three security posts within the community.

The assemblyman of Abesim Dorminase electoral area, Issah Ibrahim, told JoyNews the police have assured them of their support to start a community watch dog committee.

“The police have taught us how we can form a community watchdog committee to increase feasibility with an assurance that their doors are always opened to assist them”, he said.

He further said the police also assured them of embarking on constant patrol in the community to ensure that there is peace and serenity.