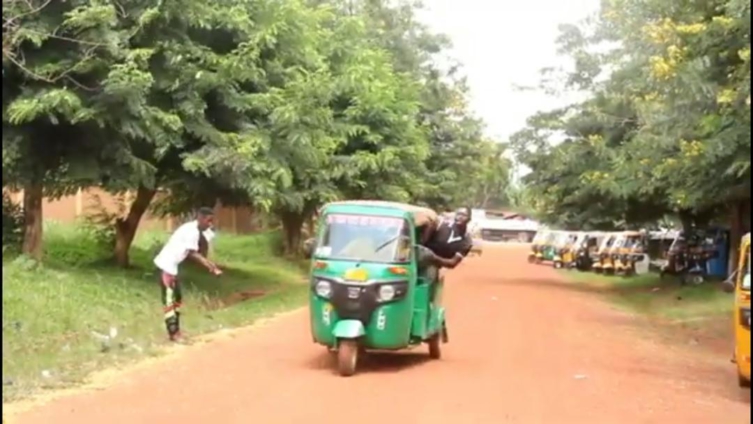 Road safety advocate, Nana Annor Amihere has stated that, enforcement of laws governing the use of tricycles and motorcycles in Ghana is a challenge that needs to be addressed.

Speaking on JoyNews’ ‘The Pulse‘ on Monday, he stated that the Regional Minister, Henry Quartey need not to have placed a ban because the laws already exist.

According to Nana Annor Amihere, Legislative Instruments like the Prohibition of use of Motorcycle or Tricycles for Commercial Purposes” Regulations 128, specifically, sub regulation one (1) states that, “licensing authorities shall not register a tricycle or motorcycle to carry a fare paying passenger.”

He further added that the root problem of all of this is the fact that the laws are not enforced, “so you find these transport means travelling our highways and motorways without care whatsoever.”

Nana Annor Amihere stated that, the initiative is good except that, if we had been enforcing the laws in the first place we would not have had to get to this point.

“What the Minister is saying that from November 1 or whenever, is neither here nor there, because already the law is there but because of enforcement,” he stressed.

Furthermore, he added that in Ghana, the police are selective when it comes to enforcing laws.

“In Ghana, the enforcement by the police is selective. They decide, oh this law, here we don’t want to enforce it, because if you enforce, it will take people’s job away from them and we are not here to’…but what is the police for? The police are there to enforce laws and arrest people who breach the law. It doesn’t matter who it is,” he noted.

Road safety consultant, Cecil Garbrah also stated that the law should not favour certain groups of people against others because the tricycles on the highways are a nuisance, so he is in full support of the Regional Minister’s directive.

The discussions were held against the background that, the Greater Accra Regional Minister, Henry Quartey, has directed that, with effect from November 1, 2021 all tricycles, otherwise known as ‘aboboyaa’, will be banned from the highways with defaulters risking confiscation of their tricycles.