About 70% of the Achimota Forest Reserve is gone - Bright Simons - MyJoyOnline.com

About 70% of the Achimota Forest Reserve is gone – Bright Simons 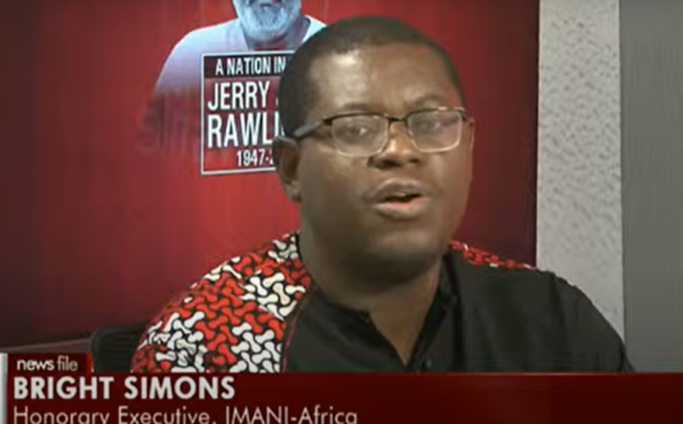 Honorary Vice President of policy think tank Imani Africa says about 70% of the Achimota Forest Reserve has been declassified.

Speaking on Newsfile on Saturday, Bright Simons said that as stated in the Executive Instrument (EI) 154, only 372.75 acres of the original government recognized 1185 acres of land have been left as a forest reserve.

He told the host Samson Lardy Anyenini that “the EI 154 suggests that because the former President, John Mahama intended to make a part of it an eco-tourism park and a part of it to be given back to the Owoo family, for that reason, we need to now leave a segment as the forest reserve.”

He explained that “the land (left) specified in the schedule is 372.75 acres. You go back to the original area as recognised by the instrument itself and you do a subtraction to see which part has actually been declassified. When you do that math, 70% of it is gone, the majority of the forest reserve is gone.”

Mr Simons said that contrary to the argument that the forest reserve had been taken over by encroachers, the forest in its 100-year history had been managed well and better than other reserves until 2015.

He stated that the Achimota Forest reserve had not seen a significant degree of build-up or destruction as compared to the Gua Koo reserves and Shai Hills.

“This lays the foundation for the critical argument that if for almost 100 years, we have managed despite all our challenges to keep something in the degree of about 73% of the forest, relatively unscathed then, its quite surprising that declassification has now put the forest at the greatest peril since it was created.”

Bright Simons said that the move to declassify the forest reserve is a dangerous one; adding that “we spend about 100 years to get about 27% encroachment and now with one swoop of a pen, we are going to desecrate 70%, that is not acceptable.”

His explanation follows the wide circulation of an eight-page document on social media, which purported to mean that the classification of the Achimota Forest Reserve has been lifted to pave way for a possible redevelopment for other purposes.

However, the Minister of Lands and Natural Resources, Samuel Abu Jinapor, said the government is not selling the land.

According to him, plans are rather in place to upgrade the Achimota Forest into a world-class asset.

But, Mr Simons insists that the Achimota Forest under the International Union for Conservation of Nature (IUCN) is a classified area and thus can limit the use of the land by certain activities.

He explained that Ghana’s IUCN obligation development allowed forest reserve to primarily focus on agriculture, forestry and tourism, not residential development or commercial development like the malls or the central business district plan that was touted in 2008.

“Things like hunting (with licenses)and being able to take wild honey from the forest, let’s say sustainable harvesting of some type of wood species, these are the kinds of things you do in the reserve and tourism.”

But “most of the things that we see happen when they release the land, even though it is a forest reserve is illegal. Because, it’s not in compliance with our own domestic legislation and international norms which we have subscribed to,” Mr Simons added.