Abubakar Sidick: Starting life all over again after 13 years in prison 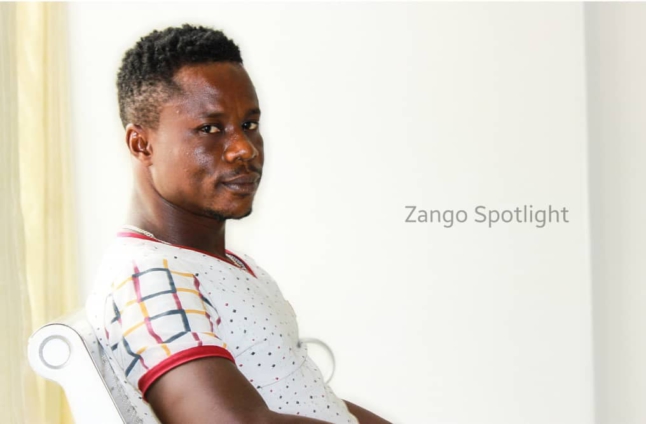 Life in Prison is not easy. It is an experience I would not wish for even the worst of enemies. Those years I spent in the Kumasi Central Prison would go down into history as the darkest moment of my life. Growing up in Sawaba, Kumasi, I was quite a stubborn boy – actually, the problem child in my family. I am one of 12 children [4, now deceased] born to my parents, both of whom are still alive. I am grateful to God.

In my early 20s, I had very bad friends. Every day of my life then was one misdeed or another. I did not want school, so my mother suggested I learned a trade. I did not like the idea. And my reason was that I did not think anybody would agree to accept a known bad boy like me into their shop as an apprentice.

For me, gangsterism was the real deal at the time. Aside from the assurance that none of my friends would judge me, I thought I could make a career out of it. However, I eventually accepted to learn shoemaking. I was taken to one Master Masawudu, a very great man. He operates a shoemaking shop at the Kumasi Market.

But, I would do it alongside the gangster life. In my young adult life, I did all the bad stuff with friends, except theft. Admittedly, I was a bad boy. Nonetheless, I never found stealing morally a good thing to do.

One day, while at home, a call came in on my phone. It was one of my friends. They were going on an “operation” and he said he was calling to ask if I would go with them. I agreed and went.

We returned home that night with items that did not belong to us, an act I would regret forever. It was my first time and would be my last. Few days later, I was arrested and sent to serve 35 years in prison. The day I was slapped with the prison sentence, I thought that was it for me – my life had ended.

Before we left the court premises, I turned to my mother who was looking very distressed and asked her to forgive me for all the pain I had caused her. We both broke into tears and the police officers whisked me away. My early days in prison was filled with immense grief – indescribable emotional pain. In that period, there were times I wished I would just die and leave this world.

What is life without freedom?, I thought. Fast forward, I embraced reality – that the place was my new home and I was going to spend the rest of my life in there. To my mind, 35 years jail term was synonymous to life sentence. I thought I was never going to come out.

My experience in there can be summed up and described in two words: unpleasant and horrible. There was neither a comfortable sleeping space nor a decent place of convenience. As for the food we ate, it is not something you would give even the dog in your house.

That experience forced me into serious reflection. I concluded I needed to change, hoping that God’s grace may find me. I prayed fervently for that grace. In the facility, there’s an opportunity for inmates who want to learn different crafts. Because I had ever learned shoemaking, I elected that and learned to perfect it.

One day, after serving 13 of the 35 years, I was called by an officer and told me my pardon application had been granted. I was going to be released to go home. I could not believe it – seemed like a dream. But, it was actually true. I was released after having 13 good years of my youthful age in the Kumasi Central Prison.

I’m sharing my story for just one reason: to admonish youngsters to stay away from acts that would make them potential candidates for jail. Life in there is not easy. I’m out of jail now – and free. But, the bigger challenge is starting life all over. I came and met a lot of my age mates married, some with kids. All those that I have seen are doing very well both with their personal life and families.

I have absolutely nothing so far to my name. I even sleep at my mum’s – in the same room with her. This should be normal if I were a kid. But, I’m about 36 years old. At times, I feel it is too late for me to start life all over again. But, I have gone back to the shoemaking business. It is my hope that in few years to come, I will be able to also start a family and give my mother the care she deserves.

DISCLAIMER: The Views, Comments, Opinions, Contributions and Statements made by Readers and Contributors on this platform do not necessarily represent the views or policy of Multimedia Group Limited.
Tags:
Abubakar Sidick
Prison