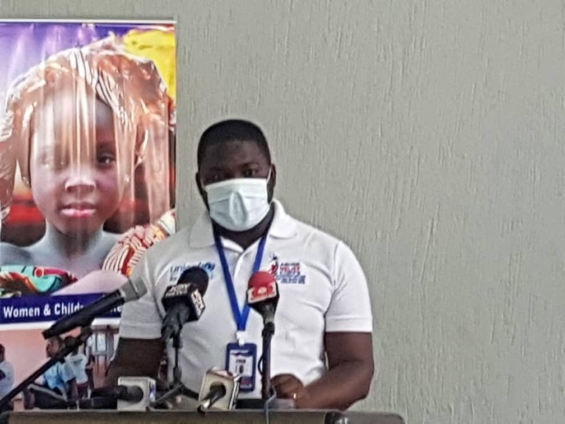 The Director of Abuse Relief Corps (ARC), Mr Anthony Boateng Bediako, has advised parents to develop strong relationships with their children, especially the girls to enable the kids to disclose their sexual encounters to them.

Speaking at a media engagement organised by the ARC with support from UNICEF he said one thing that encouraged the continuation of Sexual and Gender Based Violence (SGBV) was the inability on the part of children to confide in their parents with sexual harassment or abuse encounters.

He said poverty was a great cause of sexual and gender-based violence as some of the perpetrators had opportunities to abuse the children because they provided financial support to them.

“Some teenage girls may be in a relationship with an elderly person who might be sexually abusing them but they can barely voice it out because they are their caretakers,” he said.

Such situations, the Director said, has made it difficult for survivors to call for justice.

He revealed that between October 2020 and January 2021, 69 cases of SGBV cases were reported with three boys being victims.

The perpetrators were 17 years and above who were close relatives of the victims and family acquaintances, he said.

A Regional Girls’ Education Officer at the Ghana Education Service, Madam Christiana Azure Ayinzoya, said the Service was sensitising girls to know that teachers were not allowed to wrongfully touch them, pass sexual comments about them nor praise them sexually.

She asked students who became victims of sexual harassment and abuse to with all boldness report the perpetrators to the appropriate authorities for the requisite measures to be taken against them.

On the part of the Head of the Care Perform Initiative/Residential Home Management Unit, Department of Social Welfare, she said it was time for victims of sexual abuse to report their encounters to the police or the Department for appropriate measures to be taken.

Mrs Abena Dufie Akonu-Atta asked parents whose children suffered sexual abuse not to let fees for medical examination be a hindrance or an excuse to prevent them from reporting the cases.

She advised teachers to stop using discouraging words like “you are too dumb, never come to my class again” among others on their students as that dumped their spirit entirely in academics.

Sometimes challenge the Department faced was where to accommodate the victims while seeking justice for them to ensure their security, she said.

Madam Akonu-Atta appealed to corporate institutions and non-government organisations that had structures not in use to give them out to support such victims.

Madam Ayinzoya said the GES was also discouraging the use of certain words like ‘fireman’ instead of ‘firefighter’ to empower or embolden girls to take up certain courses and fields that were male-dominated.

She said the GES believed child birth should not be a barrier to education, hence 2,720 girls got back to school after child birth between 2016 and 2017.

About 3,212 got back between 2018 and 2019 after policies were developed to enable teenage mothers to go back to school, she added.

ARC is a nongovernmental organisation that seeks justice for abused women and children, and provide shelter for victims of abuse who no longer feel safe in their environment. It also provides self-defense training for girls to escape abusive situations.

DISCLAIMER: The Views, Comments, Opinions, Contributions and Statements made by Readers and Contributors on this platform do not necessarily represent the views or policy of Multimedia Group Limited.
Tags:
Abuse Relief Corps
sexual and gender-based violence