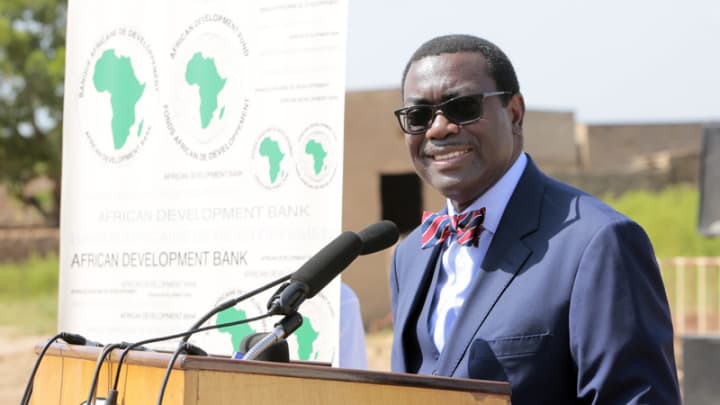 In urban areas, nearly 94% of the population has access to electricity, and in rural areas, the share is 70%, three times higher than ADF countries’ average.

According to an AfDB report on Ghana’s power development, the share of the population with access to clean cooking solutions also increased markedly, growing from 16.4% in 2012 to 24.9% in 2021. This progress consolidated Ghana’s position as one of 10 countries in Africa whose access to electricity rate is the highest.

Between 2012 and 2021, Ghana almost doubled its total installed electricity capacity, leaping from 2.9 GW to 5.1 GW and generating more than 15,000 GWh. This includes an increase of installed renewable capacity from 1.2 GW to 1.7 GW, with hydropower taking the lion’s share (99%).

The share of renewables in the energy mix declined, however, producing a fall in production efficiency, with more kilograms of CO2 emitted per dollar of Gross Domestic Product (GDP) in 2021 than in 2012.

The upsurge in capacity and skills, which resulted in part from a rise in independent power producers’ generation of electricity, the report stressed, has allowed Ghana to resolve the major energy crisis that hit the country from 2012 to 2016 as a result of erratic rainfall that crippled hydroelectricity production in the Lake Volta region.

The report however said electricity distribution remains a challenge in the country.

Starting in 2017, the increase of generation capacity supplied Ghana with more power than was in demand (demand peaked at about 2.5 GW between 2012 and 2020).

This absorption gap reflects pervasive shortfalls in the grid, which is hampered by inefficiencies in the distribution network and by skills gaps, especially in the installation and maintenance of energy equipment. Redressing these shortfalls, the report said, is critical to reducing the import of skills, which increases the cost of doing business in Ghana.

As electricity losses through transmission, distribution, and collection are concerned, Ghana’s performance increased from 21.5% in 2012 to 22.6% in 2021, which is worse than ADF countries as a whole.

To address this, the report said, government undertook certain governance-related actions, notably restructuring the legacy debts of the state-owned Electricity Company of Ghana (among other things, clearing its arrears) and reforming electricity tariffs to stimulate competition and encourage the private sector to participate in distribution.

The Bank also shaped a more efficient distribution system within the framework of its support for the energy sector.

AfDB said it will continue to support Ghana’s objective of supplying its citizens with universal access to energy by better generating and distributing electricity, among other things by  increasing off-grid connections in the country’s northern regions.

The Bank is also standing with Ghana as the country manages climate risks, channels resources for adaptation, and transitions to green energy.

“To reach its goals in this area, Ghana needs more investments in renewable energy-not just from one funder, but from many”, it said.

In January 2022, the African Development Fund granted $27.4 million for the Ghana Scaling-Up Renewable Energy Programme. This contribution leveraged another $28.5 million in co-financing from the Climate Investment Funds and parallel financing of USD 13.3 million from Switzerland’s Secretariat for Economic Affairs.

The Bank’s ongoing Affirmative Finance Action for Women in Africa programme-to which the Green Climate Fund contributed $20 million-is another investment in clean energy.

The programme is expected to reduce emissions by replacing diesel, fuelwood, and charcoal with renewable fuels, used sustainably. This operation and others like it will help supply the efficient, affordable, and sustainable energy that Ghana needs.