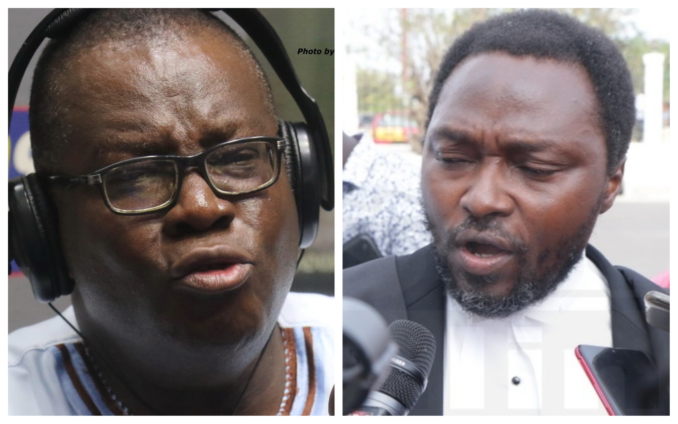 The President of the National Association of Graduate Teachers (NAGRAT), Angel Carbonu, has said that the ruling by an Accra High Court ordering Achimota School to enrol the two Rastafarian students will encourage other students to wear all manner of hair styles.

“My worry is to obey the ruling of the court to the extent that it takes. Someone has Rasta, another has Mohican, another person will have Afro. Are they not hairdos? Why should we discriminate? Someone wants to wear trouser, another wants to wear shorts, are they all not pants?

Speaking to the recent development on Joy FM‘s Top Story with Evans Mensah, Mr Carbonu explained that the ruling will grant various individuals the opportunity to hold their religious activities superior to the school rules which are meant to foster teaching and learning.

Achimota School in March this year issued admission letters to two students; Tyron Iras Marhguy and Oheneba Kwaku Nkrabea but indicated that they would only be enrolled after they shave their dreadlocks in accordance with the School’s academic regulations.

However, the High Court on Monday, May 31, presided by Justice Gifty Addo ruled in response to the petition by the students, that Achimota School should enrol them since its refusal to do so, breaches the human rights laws of Ghana.

He noted that the exemption made should not just be limited to Rastafarian students but to all who believe being asked to trim their hair would contradict their religious beliefs and teachings.

“We raised concerns that let us obey school rules. That if you take your child to school, obey school rules. If the court feels that the school rules are not necessary, so be it. I don’t think teachers will lose a single hair on this. But let us also not limit this to Rasta, any form of hairdo should be allowed in the school and I will admonish my members that you don’t go and say they said Rasta, that will be a very myopic way of looking at it.

The NAGRAT President in earlier interviews on JoyNews subscribed to the decision of management of Achimota School to not admit the two Rastafarian students.

Aside from holding the same sentiments, Mr Carbonu has entreated teaching staff in Achimota School to focus on their primary responsibility, which is to teach and not to dwell on the hairstyle of students.

“Any form of hairdo, Mohican hairdo – is a hairdo, Rasta is a hair do, bushy afro hair is a hairdo, ‘sakora’ is hairdo. We don’t have to waste our time on some of these things. People can wear suits, smocks. Those who want to walk barefooted to school, your duty is to teach Geography, Maths, English language and all the other subjects. That is the extension and that is my understanding of the ruling,” he said.

Expressing opposing views, the Lawyer for the two Rastafarian students, Ras Tetteh Wayo stated that Mr Carbonu’s comments are completely out of place as his interpretations of the court’s decision are misinformed.

According to him, the other hairstyles listed by the NAGRAT President cannot be attributed to any religion per his current information unlike Rastafarianism religion which was established in court.

“Everything he said is not what the court has said. The court is not saying that anybody should go and be in Mohican or wear Togas around. What he [Carbonu] was talking about are abstract matters. If you want to go to Achimota School with your Jerry curls, you must establish upon what basis that religion has come to stay.

For him, it is rather unfortunate Mr Carbonu, a man of his standing would reduce the court’s order to permitting all sorts of hairstyles that hold no religious basis.

“Why will Mr Carbonu come and belittle this huge evidential matter that the court reasoned around to jerry curls and Mohican hair? This is very unfortunate for a man who is the President of NAGRAT. We are disappointed in such senior citizens and their way of thinking in this country,” he added.