Acting has always been one of my talents - Patapaa - MyJoyOnline.com

Acting has always been one of my talents – Patapaa 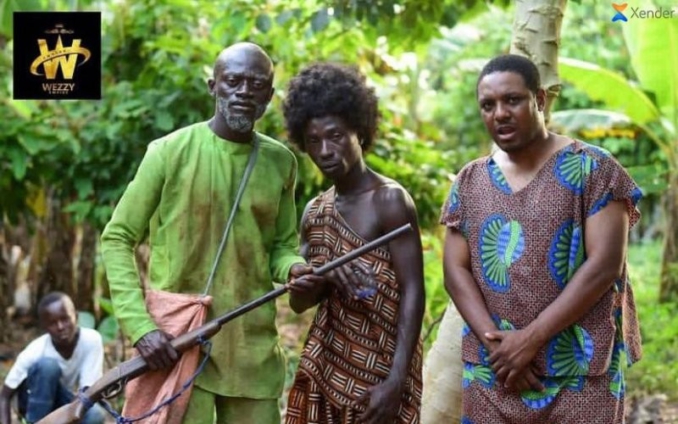 Musician Patapaa says he is enjoying his acting role in the yet to be premiered Kumawood series titled ‘Agya Bofoɔ‘.

In an interview with GNA Entertainment, Pataapa revealed that he had always enjoyed acting from childhood days and was living the dream of being on set.

“I have learned so many things about acting, having been on set for some weeks now. I consider myself an entertainer and a good actor as well, so being on set seems normal, and other crew members do laud my performances. I can play any role because I consider it my field,” he said.

Patapaa praised Kwadwo Nkansah Lilwin’s efforts in trying to revive the Kumawood industry with the massive investment he had made so far and said he needed support from all Ghanaians.

“We are supporting the revival of the Kumawood industry, and I like the big step being taken by Kwadwo Nkansah Lilwin to achieve the target of making the movie industry vibrant again.

“We need to move away from learning other people’s culture with so many foreign series dominating the screens because it is taking us nowhere, ‘he stated.

Away from the movie set, Pataapa says he was preparing a solid drill song with a popular American artiste which he would make known to the public in the coming days.

Pataapa’s ‘Sika Wo Borla So’ single featuring King Paluta has received massive airplay over the past weeks and continues to rack up impressive numbers on various digital music stores.