Adele and The Weeknd had the biggest global hits of 2021 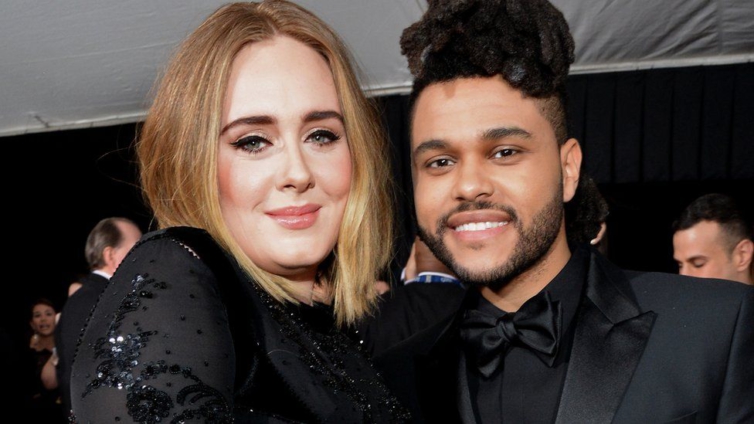 Adele’s hit album 30 and The Weeknd’s reflective single Save Your Tears were the world’s best-selling records of 2021, according to music industry data.

It was the biggest-selling record on vinyl and CD, the industry body added.

Meanwhile, The Weeknd’s moody retro-pop ballad topped the charts in 18 countries and was streamed 2.15 billion times.

It was the second year running that the Canadian star delivered the world’s most popular song.

Last year’s chart-topper, Blinding Lights, made the top 10 for a second time in 2021, at number seven.

Canada also claimed the second spot on the IFPI’s list of best-selling singles, thanks to Justin Bieber’s collaboration with Australian singer-songwriter The Kid Laroi.

Their hit, Stay, was the only other song to top two billion streams in 2021.

The IFPI’s annual chart of the year tallies downloads, streams and physical purchases to compile the planet’s biggest hits.

The methodology tends to favour records from the start of the year, as they have more time to accumulate sales – and it’s no surprise that all of the top 10 singles were released before June 2021.

Adele’s album bucks that trend. It beat the competition after just six weeks of release, a stark illustration of the star’s pulling power after a six-year hiatus.

Another comeback album, Abba’s Voyage, also made the top 10 thanks to strong sales on CD.

The Swedish pop legends, who made a surprise return after 40 years of retirement, had the second most-purchased album of the year – but sank to eighth position once streams were included.

The three album charts compiled by the IFPI (overall sales, physical sales and vinyl) “reflect the truly global nature of the industry today,” chief executive Frances Moore told the BBC, “with albums by artists from the UK, US, South Korea, Australia, Japan, Canada and Sweden all making appearances.”

Adele’s dominance over all three, she added, “speaks to her unique song-writing talent, her iconic voice and unrelenting global popularity”.

Last week, the IFPI crowned South Korean pop band BTS as the best-selling artists of 2021 overall – thanks to a combination of strong albums sales across their back catalogue, and three huge hit singles – Butter, Permission To Dance and My Universe.

In 2020, they became the first-ever non-English speaking act to top the IFPI’s chart.

DISCLAIMER: The Views, Comments, Opinions, Contributions and Statements made by Readers and Contributors on this platform do not necessarily represent the views or policy of Multimedia Group Limited.
Tags:
Adele
Global hit
The Weeknd