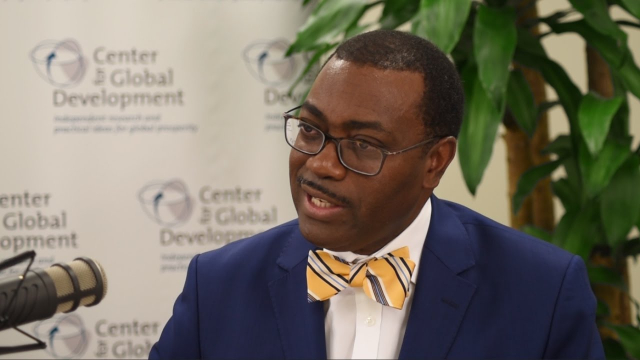 President of the African Development Bank, Akinwumi Adesina on July 27, 2019, made a clarion call to global investors, political leaders and the business community “to put capital at risk for the young people of Africa”.

He added that it was time for African governments to begin to shift from youth empowerment to youth investment. He was speaking during a panel discussion at the Tony Elumelu Foundation (TEF) entrepreneurship forum in Abuja, Nigeria.

“A bank you can walk into where they see assets not liabilities, where they have faith and confidence in young people,” he said. He also called for the de-risking of loans to youth businesses.

The Bank has been leading continental efforts to create employment and improve livelihoods for the youth. It has approved $7.5 million to fund enterprise support organizations such as TEF and other incubators, accelerators and financial institutions.

The TEF entrepreneurship program also aligns with the goals of the African Development Bank, whose Jobs for Youth in Africa Strategy aims to support African countries to create 25 million jobs and empower 50 million young people by 2025.

Many young entrepreneurs selected for this year’s programme believe the scheme is the right tool, among others, to creating and developing African-owned conglomerates.

“What is important is legacy. You may have all the money but without the legacy no one will remember you. Our hope is that the Tony Elumelu Foundation and partners such as the African Development Bank are on the right path to building our continent,” said 26 year-old William Agou-Wuoi from South Sudan.

Agou-Wuoi runs the ‘Impression Hub,’ a technology firm that has developed an application to connect South Sudanese farmers with buyers, thereby creating markets for farm produce and helping to boost incomes. He is receiving training from the Foundation after which he will receive $5,000 in capital.

President Adesina earlier hosted a breakfast meeting with Nigerian business leaders during which he and President Tshisekedi called for investments for the DRC, especially in the country’s power sector.

The DRC, which supplies around 50% of the world’s cobalt, also has huge amounts of other natural resources including gold, oil and copper, most of which remain largely untapped. A 2009 study showed that the country had mineral resources worth $24 trillion.

President Adesina cited in particular DRC’s 100,000 MW Inga hydropower project, saying that it has the potential of providing the continent’s energy requirements and can accelerate trade and development, as envisaged under the African Continental Free Trade Area agreement. The project also aligns with the Bank’s High 5 Priority of ‘Light Up and Power Africa’, he said.

“If we can help the Democratic Republic of the Congo to unlock the potential of Inga, then Africa will benefit,” he added.

President Tshisekedi announced his government’s plans to welcome businesses seeking to invest in his country, including introducing visas on arrival.

“I am convinced that in the coming decade Africa will be a powerhouse, not in terms of military strength but in terms of its economic power,” the DRC leader said.