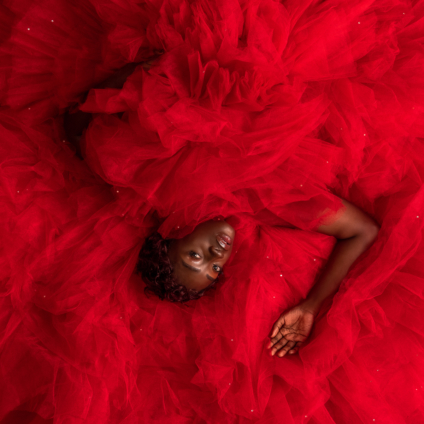 Following the release in September of the enchanting ‘In The Clouds’ from her upcoming EP ‘Becoming Adomaa,’ the singer and actor returns with the project’s second single, which she simply calls ‘Circus.’

On Circus, Adomaa is no longer in the dreamy, trancelike state she was at the beginning of her career, as told in the previously released single. Reality has set in and she is experiencing the comedown after sudden popularity.

There is chaos; her career is not going as she had hoped, people’s expectations are weighing heavily on her and she is exhausted.

Circus represents that time in Adomaa’s career where the internal turmoil had reached the maximum she could endure.

Over a beautiful yet sometimes menacing composition, complete with a chorus of voices from a circus troupe, Adomaa is spiraling, yet fighting to keep up appearances as eyes are still on her.

“The melody is so out of tune, but still I try to pull in the crowd”, she sings on the second verse.

Adomaa’s long-awaited EP ‘Becoming Adomaa’, will be released on the 16th of November, 2022. It takes us through her tumultuous journey as an artist, starting from the Baafira/Adonai mashup going viral, and covers the peaks, the comedown, the crash, her revival and eventual comeback to music.

This is her most vulnerable project yet, and promises to be an experience to savour!

DISCLAIMER: The Views, Comments, Opinions, Contributions and Statements made by Readers and Contributors on this platform do not necessarily represent the views or policy of Multimedia Group Limited.
Tags:
Adomaa
Becoming Adomaa
Circus