Adu Owusu Sarkodie: E-levy: Not a bad idea, but must be properly designed 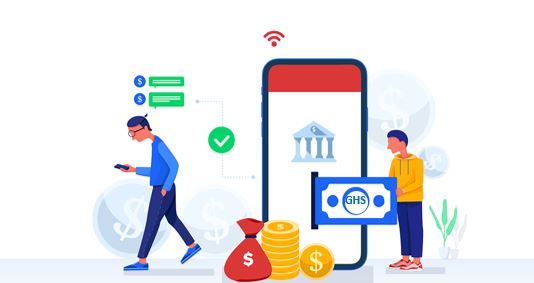 This needs to be improved. There is no substitute for domestic resource mobilisation. Even if the government borrows to finance projects and programs, they will still need to mobilise revenue domestically to service and repay the debt.

The government of Ghana needs to intensify domestic revenue mobilisation. It has to be very strategic and raise funds from all sectors of the economy. One measure government has proposed to increase revenue collection is the 1.5% tax on electronic transactions. This proposal has been rejected by the major opposition party, the National Democratic Congress and a section of Ghanaians. Many analysts have also criticised the policy, with some of them offering no alternatives.

The government’s reasons for the tax is that it wants to tax the incomes from Ghana’s large informal sector. According to the 2021 population and housing census, there are about 10 million workers in Ghana. Out of this number, 2.3 million Ghanaians work in the formal sector and they automatically pay personal income tax. The government finds it difficult to tax the incomes of the remaining 7.7 million workers in the informal sector.

The tax is also aimed at an area of the economy – the services sector – which has seen increased economic activity and is, rightly, viewed as having high revenue-generating potential. The service sector takes the lion’s share of GDP and employment. According to the Ghana Statistical Service , it takes about 53.3% share of employment and 49.2% share of GDP. It is only proper that the economic activity of this sector is properly examined and taxed.

In addition, the information and telecommunication sub-sector is one of the fastest-growing sub-sectors in the country. Mobile Money (MOMO) transactions is growing very fast. According to the Minister of Finance MOMo transactions have increased from GHS 78.5 billion in 2016 to GHS 953.2 billion (US$ 150 billion) in 2021.

In principle, I agree with the imposition of a levy on an electronic transaction (e-levy), but must be designed to achieve the purpose of raising revenue from the informal sector. I hope that the various views and suggestions that have been made are taken into consideration and it is designed properly to raise the needed revenue.

How to fix the design

Taxes help to raise revenue. The basic National Income determination principle states that the tax multiplier effect on the Gross Domestic Product (GDP) is negative, but the effect of the government expenditure multiplier on GDP is positive. So why should the government collect tax?

Governments must collect taxes to raise revenue and spend prudently with the hope that the positive government expenditure multiplier effect on Gross Domestic Product would outweigh the negative tax multiplier effect on GDP, with an overall positive effect on the GDP. Based on this principle, the e-levy will reduce disposable incomes, but when properly applied, it will help government finance its development just, like any other tax revenue.

To ensure that workers in the informal sector pay personal income tax, there must be a policy that the only mode of paying informal sector workers should be through the electronic system (so that their incomes can be taxed). Secondly, to avoid multiple taxations, certain transactions must be exempted from attracting the e-levy. For example, using mobile money transactions to pay taxes, school fees, bills, and the like.

I also believe a lot of anomalies associated with the e-levy can be corrected through the filing of returns. With digitisation and synchronisation of the national identification card, known as the Ghana Card, with mobile phone numbers and Tax Identification Numbers, it will be easier to identify all taxpayers. Even non-Ghanaians who do not have the card but still do business in Ghana cannot escape due to digitisation.

The e-levy can take another form. Instead of taxing the transaction itself, the government could impose a tax on the charges collected by the telecommunications companies. Some charge 1% on every mobile money transaction. After incorporating government tax, the charge on mobile money transactions could increase from 1% to 2% or 3%. Depending on the price elasticity of demand for the commodity, the telcos could then decide to either share the tax burden with their customers or absorb the whole tax burden.

It’s also important that government clearly explains its decision to introduce e-levy. Taxes must be efficient, and the tax rate must be optimal.

Lastly, the government must ensure transparency and accountability of the use of the e-levy. If the people see that their money is being put to good use, they would pay, and even pay more.

The writer is a Lecturer at the Department of Economics of the University of Ghana. This article was first published on theconversation.com