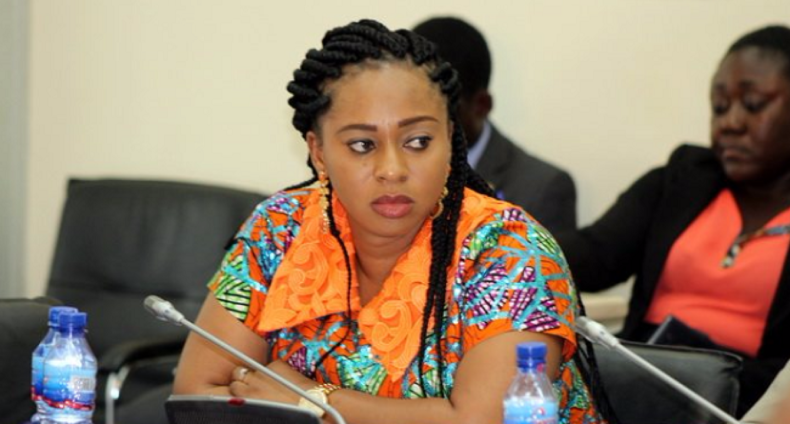 The New Patriotic Party’s Secretary for the Dome-Kwabenya Constituency has said that it will be a herculean task to ensure party unity in the area if Adwoa Safo is retained as MP.

According to Theophilus Larbi, the party is disappointed in Adwoa Safo and any attempt to maintain the embattled MP in the next election will spell doom for them.

This, he explained, is because the Dome-Kwabenya MP has disrespected every stakeholder in the party including those who ensure its smooth running.

“It is not an ordinary position that our Member of Parliament had and we are all looking forward to benefit from that and you say that is up to her, but what we are saying is that we wish her well If she is coming, that she has a very herculean task of coming back to make amends with the Constituency Executive Committee she has disrespected for so long.”

Speaking in an interview on Joy News’ The Pulse on Tuesday, he stated that “what she [Adwoa Safo] has done as a Member of Parliament in the Constituency has cost us [the party] so much.”

As a result, Mr Larbi said that it will take the party a while to break the 8.

“What we are saying is that we wish her well. But what she has done in time past, ever since she was voted as a Member of Parliament, has cost us so much that in my opinion will take her a hell of a time to make amends to move forward to say that we want to break the eight,” he said.

In a related development, the Dome-Kwabenya MP, Sarah Adwoa Safo has accepted the termination of her appointment as Gender Minister.

In a letter to President Akufo-Addo, she stated that this move will afford her the opportunity to focus more on the developmental needs of her constituents.

Meanwhile, an Aide of Adwoa Safo, Nana Dubin Kwapongin in an interview on Joy FM’s Top Story on Tuesday revealed that the Member of Parliament is currently not in the country.

According to him, she would be back in the country when Parliament reconvenes.