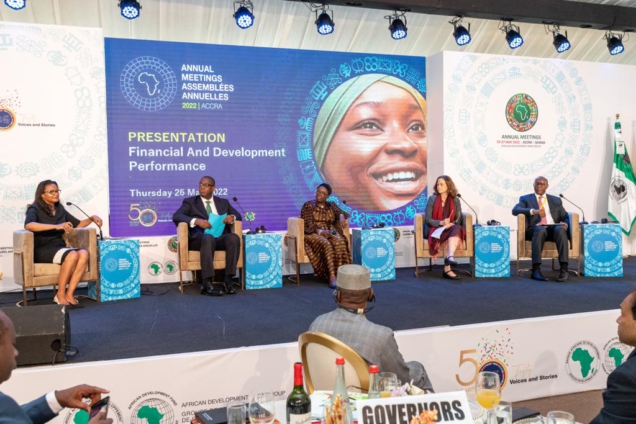 The Board of Governors for the African Development Bank (AfDB) has ended the 57th Annual Meetings in Accra with the adoption of a 10 years new strategic plan.

The plan which involves allowing the Bank to take care of critical investments on the African continent has been described as pivotal to supporting the revival of African economies and putting them on a consecutive growth trajectory.

It received a unanimous endorsement from the Governors, making it the plan for the Bank in the next 10 years, thus 2022 to 2032.

The five days annual meetings saw the election of Egypt as the new chairman for the Board of Governors of the Bank. A bilateral and multilateral deals between member countries and development partners were also signed.

One of the biggest highlights is the Accra Declaration and the Adoption of the 10 years Strategy which involves allowing the African Development Fund to leverage its equity to raise some 33 billion dollars on the capital market. This is a move the President of the Bank, Dr. Akinwumi Adesina, is optimistic will transform the bank.

“We will expand growth and lift many Africans out of poverty as well as develop a strong financial institutions that will support private sector growth on the continent.

“This adoption received a very strong support from the Board and Directors of the Bank, making it a pivotal document for our growth”, he explained.

Vice President Dr. Mahamud Bawumia urged the Bank to use the 10 years strategy as a tool to get Africa out of poverty.

Finance Minister, Ken Ofori-Atta, in his speech underscored the need for more support to make the Bank a strong pillar of growth.

The Accra declaration which was signed by President Akufo-Addo was presented to the Bank.

The meetings hosted by Ghana also coincides with the 50 years anniversary of the African Development Fund, a critical funding arm of the Bank.

Meanwhile, Egypt will be hosting the next annual meetings in 2023.